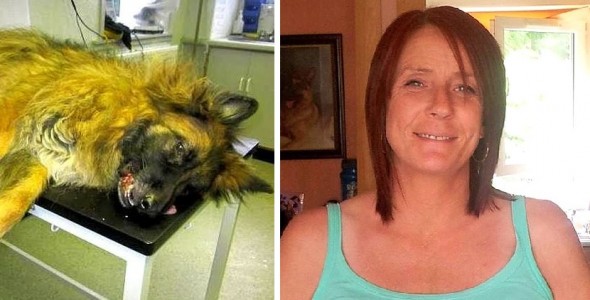 Lesley Wynd of Paisley, Scotland has been banned from ever owning another pet again after she heartlessly allowed her “loved” dog to suffer for months from an excruciatingly painful skin condition that eventually led to her being mercifully put to sleep.

Wynd claimed to Facebook friends that her German shepherd, Kizzie, was a “beautiful natured dog” and that she “loved her to bits.”  But between June and September of last year, she let her beloved girl languish in agony.

In another callous move, Kizzie was abandoned.  She was found and taken to a dog shelter as a stray, where the complete scope of her condition was realized.

“Kizzie arrived at our Glasgow rescue and rehoming centre as a stray and, through our enquiries, we were able to establish that Wynd was her owner,” Scottish SPCA Inspector Gillian Dick explained to the Daily Record.

“Kizzie was in extreme distress and in so much pain that she had to be sedated to allow a vet to touch her.

“An examination showed that she had chronic skin lesions on her inner thighs and vulval area caused by an extreme case of furunculosis, which is an immune reaction in the skin.” 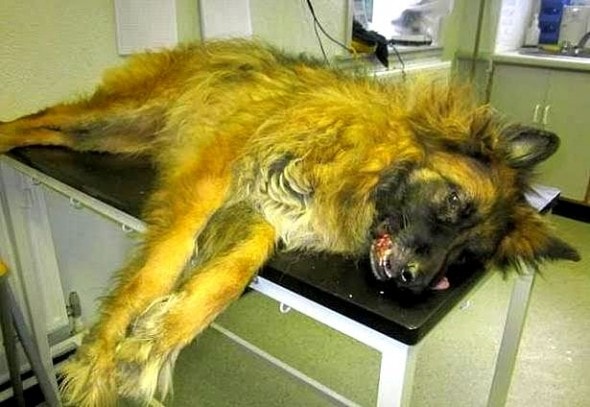 “The area was reddened, hot and pungent from infection and even under heavy sedation she was reacting to it being touched.

“This indicated how much pain this was causing her.  Sadly, Kizzie’s condition was so bad that she had to be put to sleep.

“We believe she suffered excruciating pain from this condition for at least three months.”

Wynd appeared in Paisley Sheriff Court on Monday and pled guilty to causing her dog unnecessary suffering through her failure to provide necessary medical attention.  Sheriff David Pender fined her £500 and imposed a lifetime ban on pets.

“We are pleased Wynd has been dealt with by the courts and that this serious case of neglect has been rightly recognized with a lifetime ban,” Dick concluded.