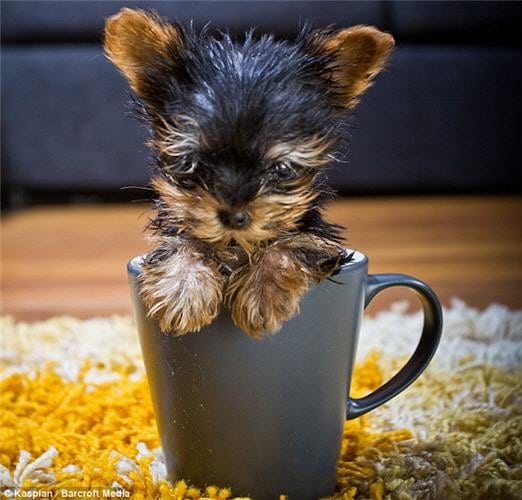 A teacup pup named Meysi nearly had her life cut short when she was nearly thrown in the garbage after being born.  She was born three months ago in Jarocin, Poland, and was so small that her owner almost didn’t see her.  Anna Pohl was about to dispose of the mother’s afterbirth when she noticed that what she thought was a piece of placenta was moving.  What she saw was one of the smallest runts ever. 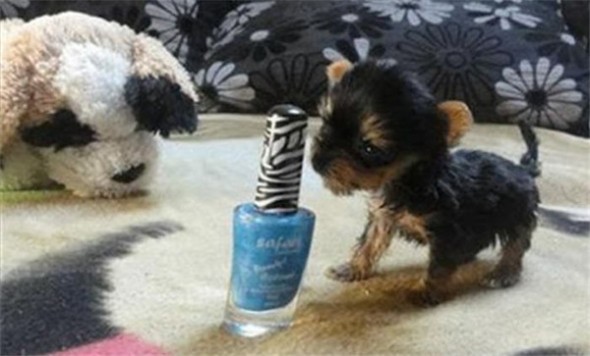 Meysi is so little that she could not nurse or eat with her littermates.  Anna has been feeding the three-month-old by hand since birth.  But this nine ounce firecracker isn’t shy – she shows that she can be feisty and playful despite her small stature.  It doesn’t seem to faze her that she’s no bigger than a hamster. 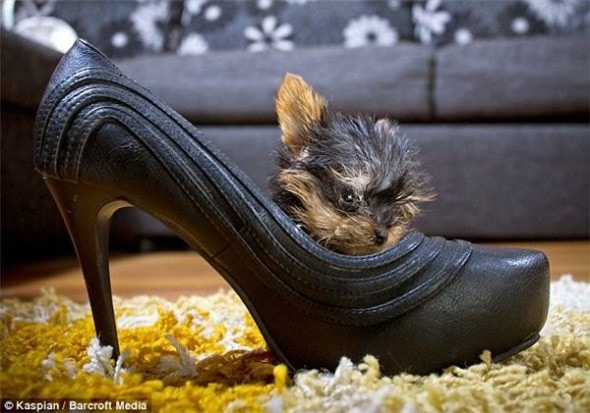 Anna is hoping to have her tiny terrier crowned the world’s smallest dog by the Guinness Book of World Records.  Candidates must be at least one year old, so Meysi will have to wait it out for another nine months.