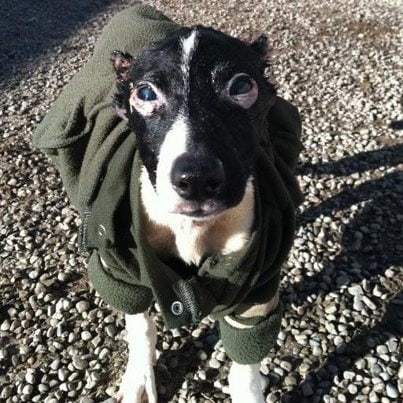 Phoenix, the Jack Russell puppy who was doused in lighter fluid and set ablaze last month is on the road to recovery.  The Buffalo Animal Shelter says he is eating like a pig and moving around a bit more.

“He wags his tail, barks at the other dogs,” said Dr. Rebecca Wagner of the Buffalo Small Animal Hospital.  “I think all in all, he knows we’re trying to help him.”

Phoenix suffered burns to 30% of his tiny body, and has been in a body bandage to keep his wounds moist.  On Wednesday he had surgery on his badly-damaged ears, with part of his right tip removed.  He also received his first skin graft surgery, as well as repair to his neck and one of his knees.  Today the first post-surgery bandage was changed.  The veterinarians will see if they are able to do another skin graft on Monday when his bandages are changed again.  He’s had some respiratory issues, but vets are on top of it. Holy water from the nearby Basilica has been being used on Phoenix’s daily wash-downs.

There are still concerns about his left hind leg, which hasn’t had good circulation. 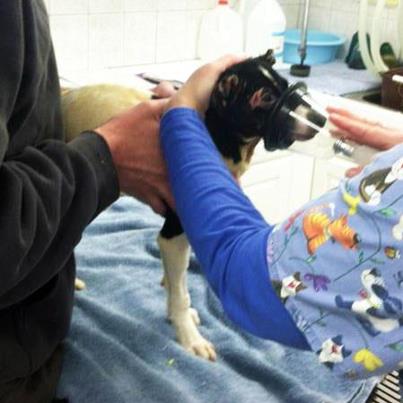 “The biggest concern for me right now is the left hind leg, said Dr. Wagner.  “The Achilles tendon is exposed and we’re trying to save it.  If we don’t have any good scar tissue, he may need his leg amputated.”

The operations are costly, but thanks to the generosity of Buffalonians and animal lovers across the country, the BSAH has enough funding to cover his treatment.  Over $8,000 has been donated, which is more than needed for Phoenix.  The superfluous money will go to other animals in need of medical treatment.

“I think he’s good,” said Dr. Wagner.  “The first day he was a little nervous but then he started giving Judy, our technician, kisses.  And she’s been taking very good care of him.” 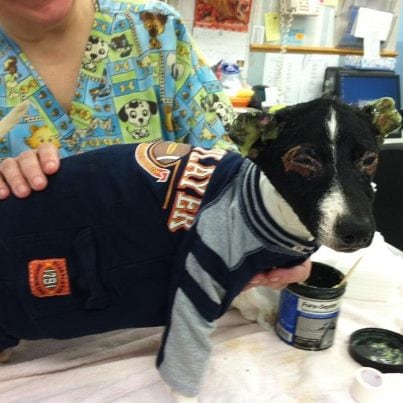 Police still have not made any arrests, but detectives say they are “making progress.”  PETA announced on Monday that they were donating $2,500 for information leading to an arrest.  Anyone with information is urged to call or text the Buffalo Police Department tip line at 716-847-2255.

Phoenix is a fighter, and staff with the BSAH says he has been in great spirits despite all he has been through.  Hundreds, if not thousands, of people are already hoping for the chance to adopt him.  He may not have been loved by his previous owner, but is already finding out that there are plenty of people who do love this little trooper.