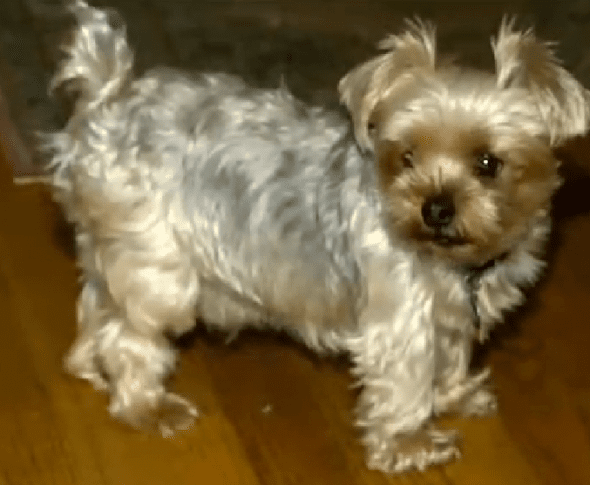 When a bear entered a New Jersey woman’s home late Tuesday morning she was scared. Then her 6-pound Yorkshire terrier named Joe came to the rescue and chased the bear out of the house.

Deborah Epstein was relaxing at her home Tuesday morning, recovering from a recent car accident. She was sitting outside on the porch with her dog Joe when the phone rang. Epstein left her front door open when she went inside to answer the phone.

While on the phone she heard Joe begin to bark and when she turned around to see what he was barking out she saw a bear in her home.

“He barks when anybody comes, but this one sounded a little more furious than usual,” said Epstein.

Epstein was scared, but Joe showed no fear. Epstein said the bear started heading towards Joe’s food bowl and Joe wasn’t going to let the bear get to his food.

“Joe was attacking it,” said Epstein. “Basically, the bear was heading for his food dish bowl, and you don’t touch Joe’s food dish bowl. And he actually got the bear to turn around and chased him out the door.”

Bears are common sightings in Epstein’s neighborhood and she is going to make sure to keep her door closed from now on. Joe came to the rescue this time and Epstein is very grateful.

“I saved him from the pound, and he saved me from a bear,” said Epstein.