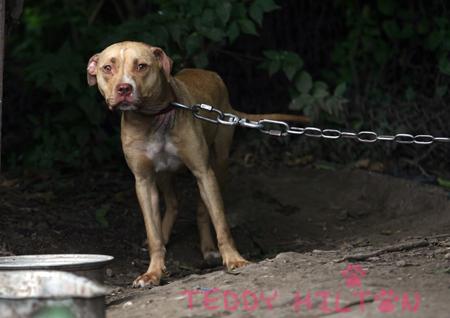 If you live in Oregon, today is a good day to reach out to your state Senators.  HB 2783, has moved out of the Oregon House to the Senate.The law provides limits on how long a dog can be chained in one place or left exposed to the elements. The “tethering bill” passed out of the Oregon Senate Judiciary Committee Thursday with unanimous approval. That means it moves on to the full Senate today.

House Bill 2783 would make it illegal to tie a dog or other domestic animal in a fixed place for tn or more hours in a twenty-four hour period or leave a dog outside exposed to the elements. Violators will see fines up to $1000.

So why should Oregon dog lovers call in now? There is currently no vote scheduled in the Senate. The bill has enjoyed bipartisan support as it moved quickly through the House Agricultural and Natural Resources Committee and won by a two-thirds vote in the Oregon House. But it is sitting still until it gets scheduled to be heard by the Senate. If and hopefully when the Senate adopts it, it would have to be signed by Gov. John Kitzhaber before it becomes law.

Is this a great bill? No. The exemptions and exceptions actually make this bill just a step or two better than no law but it is a step forward. Here is why this law is nowhere near really good:

On the other hand here are some of the better provisions of the bill:

So why is it important for everyone to stop the chaining or tethering of dogs?  It is well accepted among dog trainers and behaviorists, as well as The Centers for Disease Control and Prevention and the American Veterinary Medical Association, that the best way to make a dog mean and dangerous is by chaining him or her. All of these groups warn that chained dogs are about eight times more likely to bite. Chained dogs are also more likely to escape, run at large, and pose a threat to themselves and the public. Tethered dogs are also at greater risks from other animals and humans, including mischievous children and evil adults.

The best law would be one that outlaws tethering but that would be extremely difficult to get past some well-healed organizations. But maybe we can get this bill into law as a first step towards a more humane and safer future for us all.