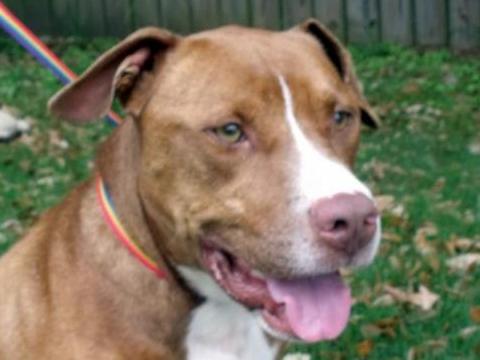 Found paralyzed and barricaded under a carport back in April, Copper is now making progress towards walking again thanks to the help of rescuers.

Once Copper was found and rescued from his horrible situation he was taken to the Ark Animal Clinic in Mobile, Alabama. There they started Copper on water and laser therapy and gave him the TLC he deserved.

Copper was outfitted with a wheelchair just for him to help him get around, but now he’s working on using his own legs. He has started to stand on his own and although he still has a ways to go before he will walk on his own again his veterinarian, Dr. Christi Johnson, knows he will get there.

“I see him with the drive to get somewhere and be amongst people,” said Johnson. “He has buddies, he has dog friends and he wants to be with them.”

Copper’s progress can be followed on his Facebook page.