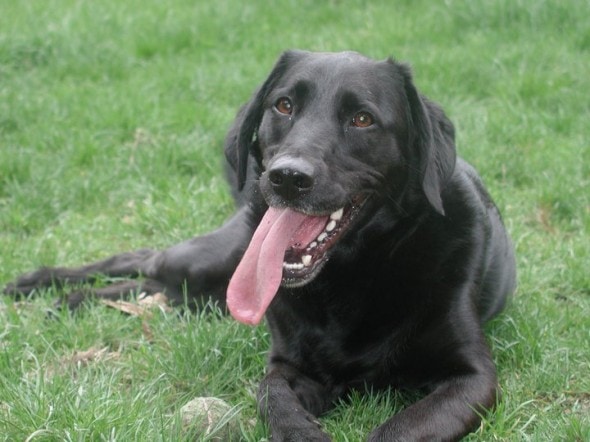 Madison Reed like many kids really wanted a dog. Her parents told her that if she wanted to get a dog she needed to pay the adoption fee herself. So Madison started making dog collars and leashes and soon not only had enough money to adopt a dog, but now pays for most of her dog’s veterinary care as well.

Madison was eleven when she approached her parents asking for a dog. Her parents weren’t willing to just give her one though.

“She wanted a dog more than anything,” said Madison’s dad Clark. “So we said, ‘If you want a dog bad enough you’ll find a way to earn the money.’”

Her parents had no idea how quickly she’d raise the money for the $225 adoption fee. Madison got to work and started making dog collars that read “I Want a Dog.” Within weeks she had enough to adopt her now best friend Lucy.

Madison is now a junior in high school and estimates that in the past five years she has sold 1,000 collars and 500 leashes. This has allowed Madison to take care of her best friend. Madison pays for most of Lucy’s veterinary care.

“If she has a big vet bill we split that,” said Madison. “But if it’s just a shot or something I pay for that.”

Madison also gives back with her collars. Ten percent of all the profits she makes she donates to the Humane Society. For more information on Madison’s business and to see her products visit her website.