Skip to content
Shadow, the five-month-old Labrador mix is looking for his forever home!
About a month ago, young Shadow was hit by a car. The accident caused major damage to one of his hips, as well as his leg.
Shadow’s injuries required surgery. After being taken to the vet by a kind hearted stranger, the vet tried to contact the owner to get the go ahead to proceed with the surgery. By the time the owner was reached, it was too late to save Shadow’s leg. He will now require the leg to be amputated – a pricey surgery!If that wasn’t bad enough, the owner stated he didn’t want Shadow anymore.
That’s when Cassandra Macans was asked to foster the young pup. When Macans went to pick up Shadow, the dog’s original owner called to say he had a change of heart and would come pick up Shadow. A week passed before hearing from the owner again, who stated he would need another week to pick up the dog.
During this time, Macans and her husband were asked to foster Shadow for another week. In their care, Shadow would be given the opportunity to learn how to walk on three legs, as he is unable to use the injured leg.After the week had passed, Macans took the dog to the vet at the local humane society to meet up with the owner. Of course, the owner never showed.
Macans, along with the help of her local veterinary clinic, are hoping to raise enough money to pay for Shadow’s extensive surgery so that he can be adopted into a loving home.Macans says, “Shadow is the sweetest little guy.”
“We have two dogs and two cats and he loves to play with all of them.  One of the techs at the vet clinic also informed me that he like children; he is especially fond of kissing them.” says Macans.
He is also housebroken, and for being a puppy, he listens quite well.
“He definitely loves being with people – he actually “shadowed” me for the first few days we had him.”
By getting Shadow the surgery he needs, Macans hopes that it will help a loving family see Shadow for the sweet dog he is and invite him into their home.
If you are interested in adopting Shadow, or would like to donate to his amputation fund, please contact the Hometown Veterinary Clinic at 319-367-5511. The clinic is located at 407 W Main St, New London, IA 52645. 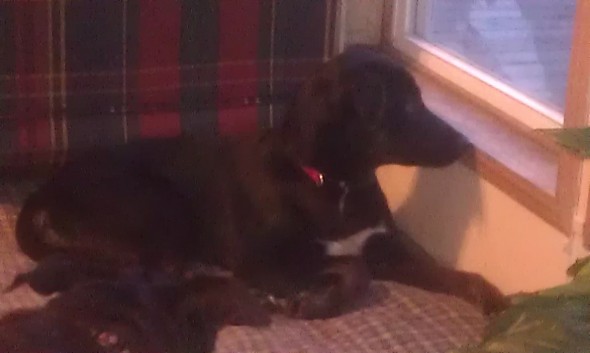 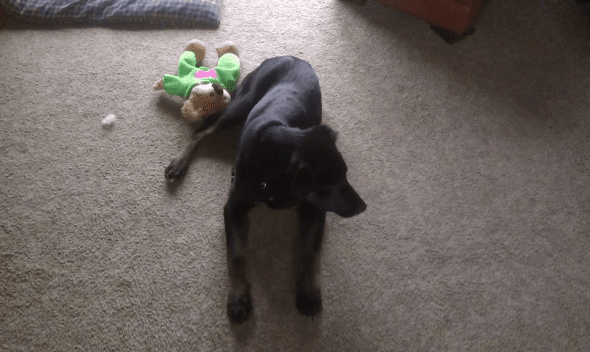