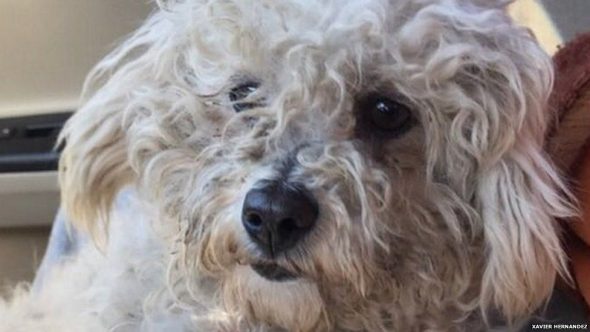 Twinkle is a dog who is taking the internet by storm after photos of herself with the “litter” she’s adopted were put on the popular social media website, Twitter.  Her human, 18-year-old Xavier Hernandez said that he discovered that she was pregnant after he rescued her.  Unfortunately, her pups were all stillborn, and Hernandez said he could tell she was heartbroken.

Hernandez lives in California with his mother.  They were in Mexico when they had come across Twinkle, who was living in terrible conditions.  They knew that they couldn’t leave her in the state they saw her in, and they decided that they would help. 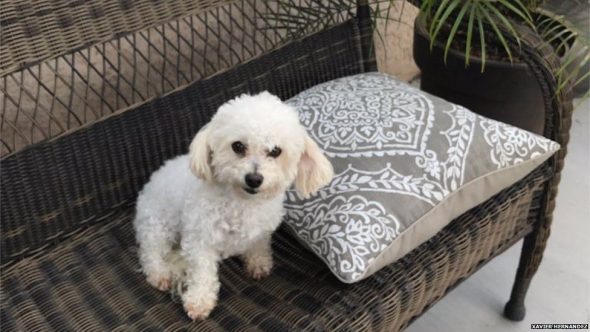 As one could imagine, the situation is quite difficult.  Hernandez knew that again, he had to come to Twinkle’s rescue, and had the idea to use a few stuffed toys as “stand-in” pups.  Twinkle took to them almost immediately, and began to take care of them as if they were really her pups.  That’s when Hernandez decided to snap-off a few photos, and post them to Twitter.  People were very supportive with their comments, and now Twinkle and her photos are going viral. 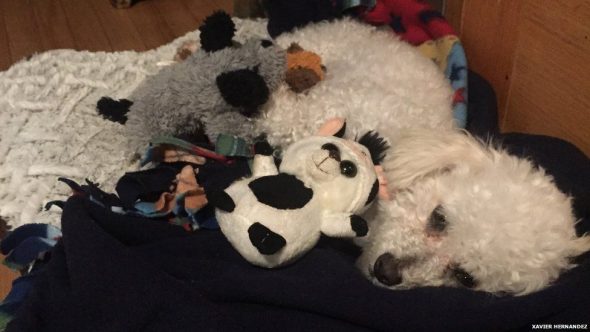 “To be honest going viral is not for me, it’s for my dog,” said Hernandez.  “I’ve got a lot of support from people and I couldn’t be any more thankful for that.”

So far, Twinkle’s pictures have been re-tweeted over 14,000, and things don’t seem to be slowing down.  Hernandez said that he’s now hoping that he can get a real companion for Twinkle very soon.  The toys seemed to cheer her up for the time being, however, she’s going to need a buddy sooner or later. 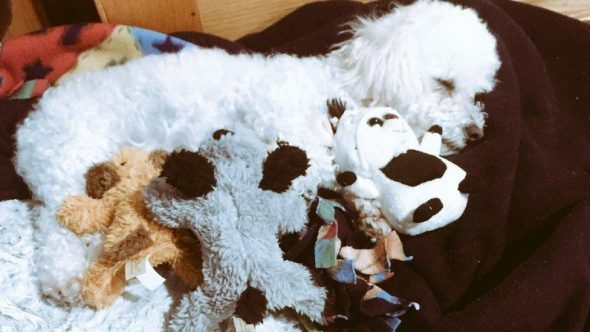 “We want to get Twinkle a friend because when I take her on walks she seems to enjoy other dogs’ company,” said Hernandez.