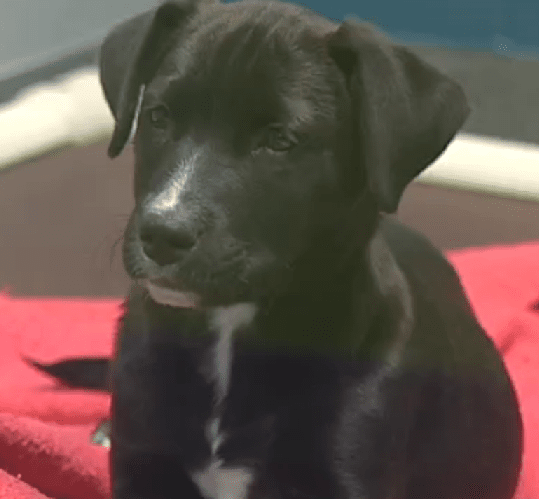 Black Dog Syndrome has become an issue for many shelters and rescues across the nation. They are finding that darker colored dogs are less likely to be adopted compared to lighter colored dogs. One 12-year-old girl in Kansas is trying to help black dogs get a fair chance at being adopted.

According to the ASPCA any animal that is more than 65% black in color is affected by Black Dog Syndrome, in which people overlook them often for unfair reasons. “You can take two animals from the same litter, one a lighter color and one a darker color and the lighter one will get adopted faster, people will be more attracted to it and it’s really a terrible thing because these are all great animals that just need homes,” said Kansas Humane Society Director of Communications Jennifer Campbell.

There is no factual explanation as to why black dogs are overlooked, but there are many theories. Some people falsely think black dogs are more aggressive. Black dogs also don’t usually photograph as well, which puts them at a disadvantage with more and more people using the internet to look for potential pets. Whatever the reasons are the end result is that black dogs are harder to find homes for and they are often the first to be euthanized.

Madison Bell is a girl scout who volunteers at the Kansas Humane Society and feels strongly about helping bring awareness to Black Dog Syndrome. “It’s nothing to do with the dog,” said Bell. “People don’t want to put enough time and effort into seeing what this dog can really do.” The Kansas Humane Society has been trying to increase black dog’s appeal with little things like putting bright bandannas on them to help catch potential adopter’s eyes. “They’ve got the same personality as a white animal…they’re great dogs because they are dogs and that’s what I love about them,” said Bell.