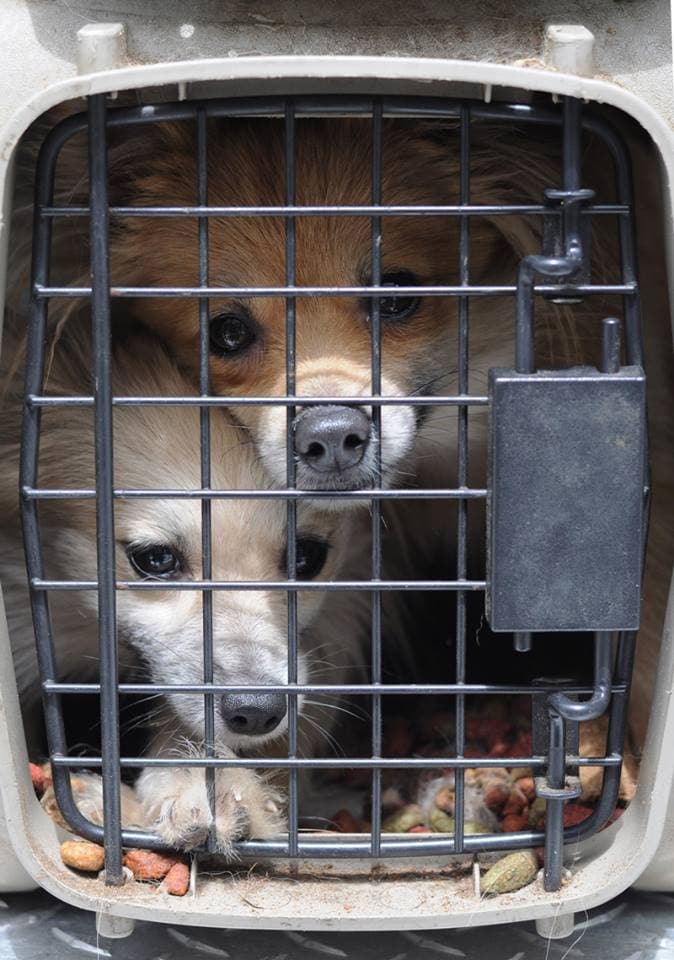 The SPCA for Monterey County, California rescued several puppies and adult dogs Monday that were crammed into a packed and filthy car that had been reported from several locations around town. The video below shows the rescue and the unacceptable manner in which the animals were kept in the car.

The SPCA of Montery County tells the story:

On April 21, the SPCA for Monterey County  rescued 14 dogs and puppies from a vehicle parked in Monterey.

The 4 adult dogs and 10 puppies, all pomeranians and chihuahuas, were found stacked in seven tiny filthy crates in a cluttered older model Subaru parked at Virgin Ave and Montecito Ave in Monterey. The dogs were kept as many as four to a crate, and the crates averaged only 20” long by 13” wide by 11” tall in size. The crates were so small that many of the tiny dogs were unable to stand up straight.

When questioned, the owner stated that the SPCA was taking her money and that she could “sell the puppies for $2,000 in Carmel.”

The dogs and puppies will undergo emergency examinations by SPCA veterinarians, and receive lots of TLC from compassionate SPCA staff.

We are thankful to the many Monterey residents who reported this case and her various locations to the SPCA as the situation was mobile, the suspect had been actively evading humane officers.

When purchasing a puppy, always research the breeder, meet the parents, see where they puppies are raised, and ask for veterinary records so that you do not support neglectful, inhumane breeders.