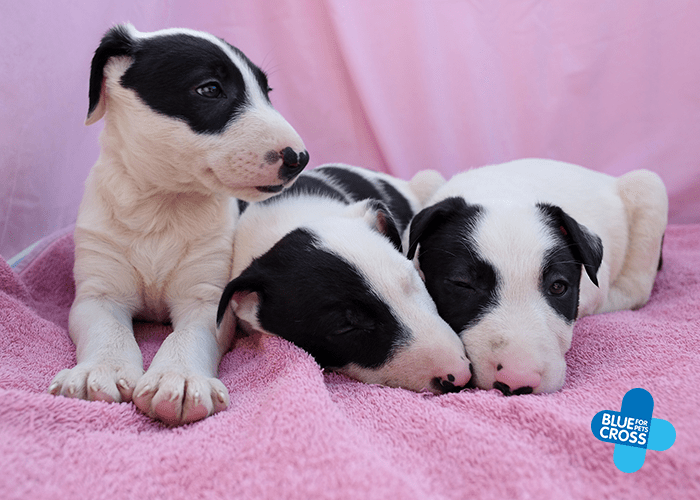 A trio of five-week-old puppies found abandoned in a box in the woods are now recovering from their ordeal in the care of Blue Cross, UK.

The pups – now named Worzel, Sally and Sue – had been left to fend for themselves and were covered in dirt and fleas when they were found by a dog walker in the New Forest National Park. They were also suffering from worms.

With veterinary treatment and expert care from the team at the nearby Blue Cross rehoming centre in Southampton, the English bull terrier crosses were soon feeling and looking much better.

Lara Alford, Rehoming Centre Manager for Blue Cross, says: “The poor little things were really dirty and scared after being left in a box. They’ve been having lots of baths since they arrived and their white bits are finally starting to look white again!

“It’s really lucky these puppies were found when they were – who knows what would have happened to them otherwise.”

Last year, Blue Cross centres across the country found homes for over 8,000 pets, 3,000 of which were stray and abandoned, and while their rehoming teams are used to caring for unwanted pets, staff say they are still shocked to see young pets like this adorable trio being left all alone.

Lara adds: “It’s hard to imagine how someone could just dump such adorable little puppies to fend for themselves, and there really is no need when charities like Blue Cross are here to help.”

Worzel, Sally and Sue will soon be ready for new beginnings in happy new homes. Sue has already been pre-adopted, and will join her new family when she is ready for rehoming. 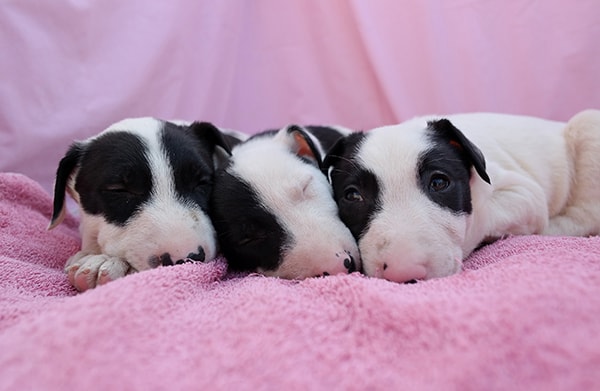