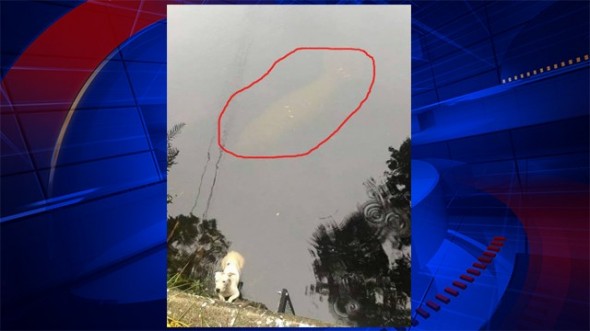 The Tampa Police Department was called out to rescue a dog trapped in the Hillsborough River.  Upon arriving, the officers not only saw something unexpected, they managed to capture a snapshot of the moment, creating a once in a lifetime image.

According to police reports, people living by the river heard splashing and noises coming from the water.  When they went to the water’s edge to see what was going on, they noticed a dog struggling to keep itself afloat.

The neighbors flagged down Officer Randy Lopez who was passing by on patrol.  Officer Lopez orchestrated the rescue, and the frightened pooch was taken to safety. 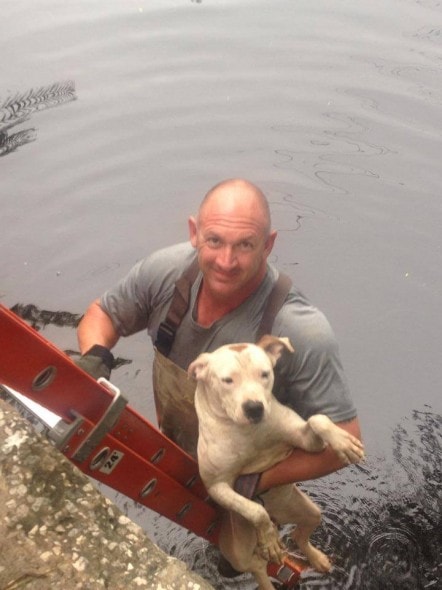 That was all well and good, but what police saw in a photo taken at the scene was something truly amazing.  There was a manatee in the water near the dog, keeping watch until rescuers could arrive and save the dog.  Manatees are rarely sighted, let alone near so much commotion.  The manatee seems to be keeping the dog company in it’s time of need.

It’s still unclear how the dog ended up in the water.  Other than a slight injury to it’s paws, the dog was otherwise in okay shape considering the predicament it was just pulled from.  The dog’s family was located, and the dog was returned. 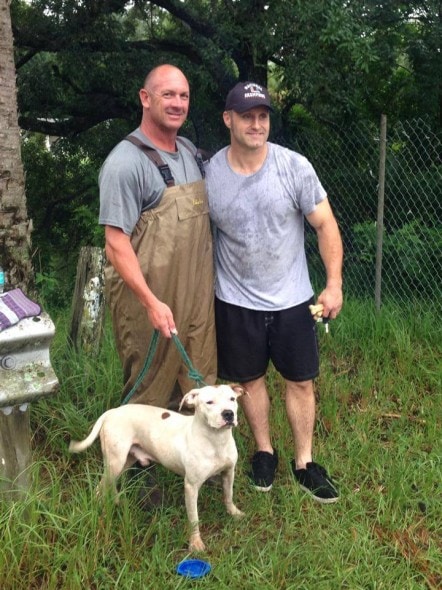