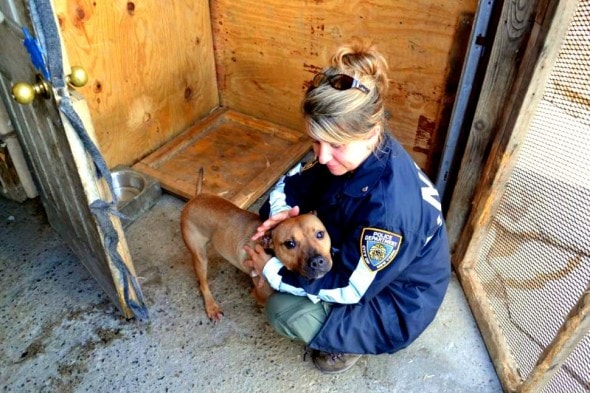 Twenty emaciated and abused dogs living in squalor have been rescued from a Jamaica, Queens residence and are now being cared for by the ASPCA.  Addison Holder and his sister Keisha Hall were arrested and are being held on $100,000 bail.

The home was busted on suspicions of being used as a training ground and dog-fighting arena.  Neighbors were stunned; they describe the siblings as “quiet, hard-working people.”  But what police found inside told a different story.

Five dogs were discovered in the garage “with large, weighted collars around their necks with large chains attached to their collars,” court papers stated.  The remaining dogs were in cages.

“You heard the dogs, but you never saw them,” said one shocked neighbor.  “Twenty dogs… I had no idea.” 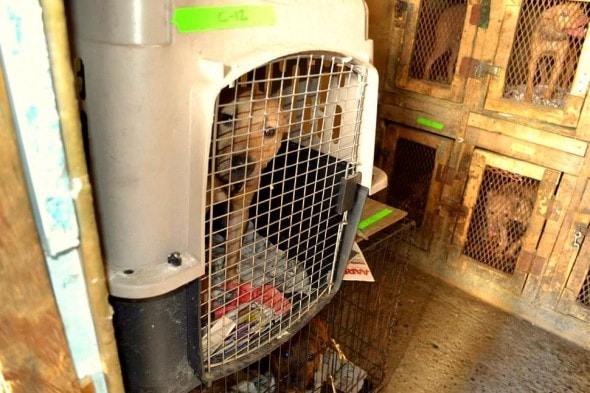 No food and water could be found nearby, but there was plenty of evidence of untold horrors.  A concrete cover used to prevent light from getting in was littered with tufts of fur.  There were pieces of blood-stained wood and a large battery with wires sticking out of it.  Inside the house police found a “gore-smeared” treadmill.

“These items are traditionally used in training of dogs for dog fighting,” the complaint read.

Methamphetamines and ecstasy were also found.  Hall and Holder were arrested and charged with animal cruelty, animal fighting, and drug possession.  They are being held on $100,000 bail.  The dogs were taken in by the ASPCA.

“Organized dog fighting is a brutal form of animal abuse where dogs are exploited and forced to fight as their owners profit from their torture,” said Matthew Bershadker, president and CEO of the ASPCA.  “Through our partnership, the ASPCA and the NYPD are determined to protect New York City’s animal from this form of cruelty and bring their abusers to justice.” 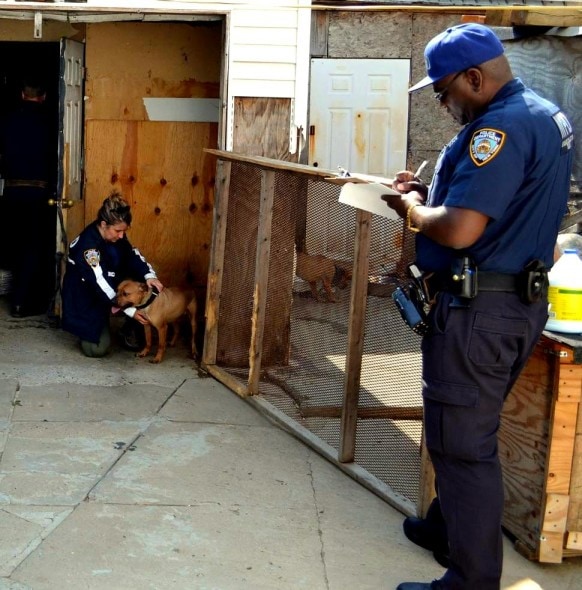