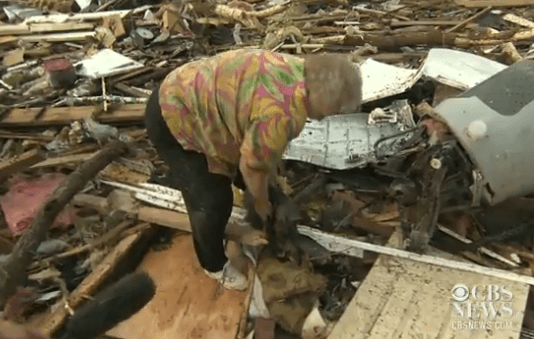 Like many others, Barbara Garcia’s house was destroyed when the colossal EF-5 tornado ripped through Moore, Oklahoma last week. She became famous when during an interview, her Scottish terrier, Bowser, emerged from the rubble that once was their home.

“Well, I thought that God had just answered one prayer, to let me be OK,” Garcia said after freeing her dog. “But he answered both of them.”

Thousands were touched by both her tragedy and her miracle of finding her dog alive. Erin DeRuggiero was one of those people, and she decided to do something to help. She began a campaign on the GoFundMe donation site called “Build Barbara Garcia a Home.” It was started only 10 days ago with a goal of $100,000, and already over $53,000 of donations have flooded in. 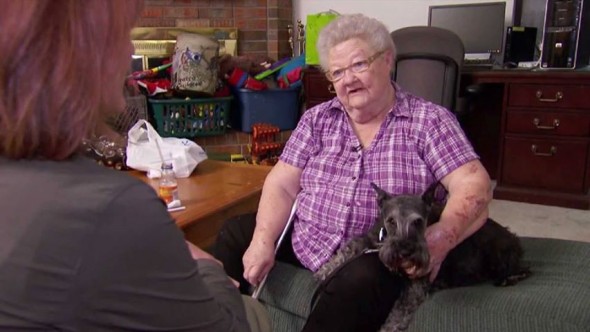 “I’ve often felt completely helpless when things like this happen,” DeRuggiero wrote to Mashable in an email. “Sitting and watching homes and cars floating away when Katrina and Sandy hit, the tsunami in Japan. When I saw the initial CBS video of Barbara and Bowser a friend had posted on Facebook, I was immediately moved to take action. Unlike coverage of the other natural disasters I mentioned, this time I had a name, Barbara Garcia. I had the geeky social media skills to try and track down the producers of that segment so I could let this woman know I wanted to help.”

DeRuggiero says the average price of a three-bedroom, two-bathroom home in Moore is about $134,000. Garcia did not have insurance and would have to start from scratch.

“I am in contact with Barbara and her daughter Jackie and they are so thankful, humbled and overwhelmed by the outpouring of kindness and generosity,” DeRuggiero said on the GoFundMe page. “Before the CBS piece aired, I didn’t know Barbara Garcia personally, but was incredibly moved by her story and of her reunion with her sweet dog, captured on CBS news (live) after the Moore, Oklahoma tornado on May 20th. Barbara could have been my mother, my grandmother, my neighbor or my friend. I was shattered upon seeing her home destroyed, her recounting her experience and her joy upon seeing that her dog had survived it all. My goal is to ease her recovery, raise enough money to help her start to rebuild or relocate her life, and above all else, to show her that “life in the big city” also means helping one another, even from 1500 miles away.”