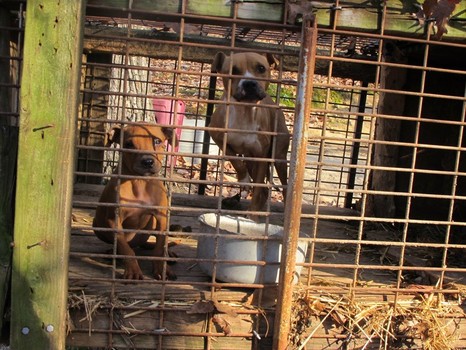 This past week has been a busy one for authorities in New Jersey, Florida and Tennessee, as they worked tirelessly to rescue 80 dogs from three separate dog-fighting rings in the eastern US. 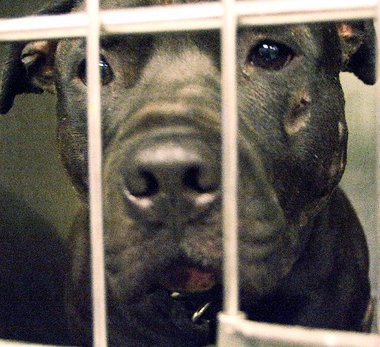 Three people were arrested in Asbury Park, New Jersey, and more arrests are expected to follow.  Steven Spencer, 38, Naimah Sims, 22, and Wayne Accoo, 29, were charged with dog-fighting on Friday.  The rest of the operators and spectators fled the scene when police showed up after they received an anonymous tip about the unscrupulous activities taking place at the Prospect St. address.  Police seized five cars left behind.  Eight badly injured pit bulls in need of medical attention were taken into care. 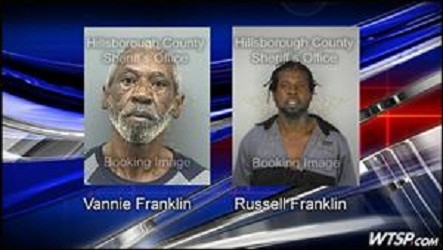 “The individual there actually admitted to us that he has been fighting dogs out there for 20 years and jokingly said we were walking on a graveyard,” reported Sgt. Sam Perry.

Seven dogs were rescued.  Animal services is working to rehabilitate the dogs, as well as petition the court for custody so they can be rehomed when they are ready.

“They deserve to live the rest of their lives in luxury, because they were living in a kill-zone,” Perry said.

“One dog, who we named Rudolph, still had bleeding wounds right there in the room,” said Animal Services spokeswoman Marty Ryan,  “Very, very sweet and affectionate, tail wagging, gentle, wanted to meet the members of the media, but clearly wounded.”

In Ashland City, Tennessee, firefighters were responding to a brush fire on Saturday when they discovered 65 dogs being used in a large-scale dog-fighting ring.  Emaciated and bite-marked pit bulls and beagles, some puppies, were found tethered with heavy logging chains and in rusty cages, with no access to food or water.  Littering the property were crudely-made shelters, fashioned out of plastic barrels, not sufficient for inclement weather.  Also found were fighting pens, a treadmill and spring poles, used to make the dogs stronger. 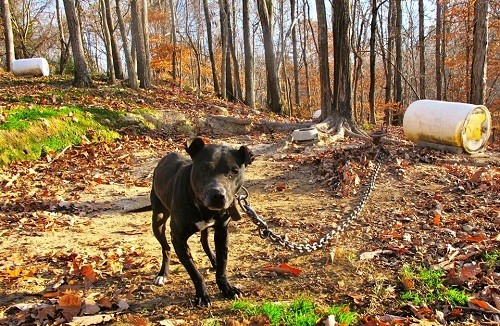 “We believe this is the largest dog-fighting rescue in Tennessee history,” ARC President Scotlund Haisley said.  “The conditions Animal Rescue Corps found on this property are the worst I have ever seen at a dog-fighting operation in my 22-year career in animal protection.”

The Tennessee Highway Patrol, ARC, Cheatham County Animal Control, New Leash on Life, Agape Animal and the Nashville Zoo all contributed to the arduous task of removing the dogs from the property.

Expenses are expected to top $20,000, far more than the ARC can raise on its own.  Animal lovers who would like to contribute may visit the ARC’s Operation Broken Chain site here:
http://operationanishnabedogs.chipin.com/arcs-operation-broken-chain

A federal investigation is being launched to determine who is responsible for the property and the dogs.