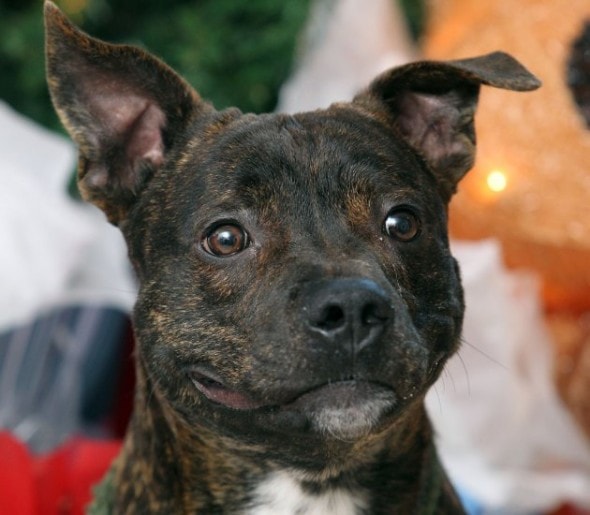 A Nova Scotia rescue group is saving the life of a one year old stray from Ontario that has the misfortune of looking like a pit bull.   Ontario banned the breed and similar breeds including Staffordshire bull terriers, American Staffordshire terriers and American pit bull terriers in 2005 and since then advocates of the breed have been trying to save their lives.

The friendly young dog has been named Rockport and was found in Windsor.  Tomorrow he will make the 4 hour journey to Toronto by car where he will spend the night with a volunteer and then he will fly to Nova Scotia where he will have the opportunity to live a long and happy life.  “When they do fly out of province I’m extremely a basket of nerves until I get a call from my volunteer on the other side of the country that the dog has landed safely,” LaSalle’s Natalie Kemeny, one of the founders of Advocates for the Underdog rescue group, said Wednesday.

The Windsor/Essex County Humane Society made contact with the rescue group in Nova Scotia since they could not put him up for adoption even though he pass a behaviour test.  Executive Director Melanie Coulter says that Rockport is healthy, curious and playful.  The flight costs about $460 and the society used it’s Pumpkin fund which usually pays for medical care for animals with unusually high medical costs, and on the other end the rescue group came through and said they could take him.  The group wishes to remain anonymous so that they don’t get overwhelmed with requests. 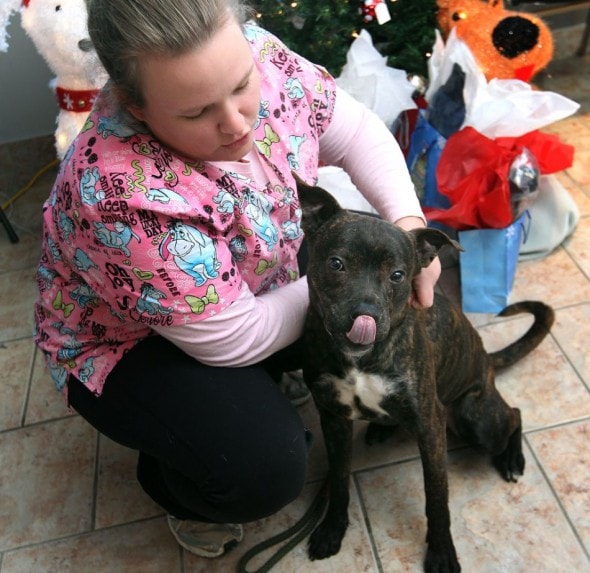 About 21 dogs in Rockport’s situation have been flown out of Ontario by this group since the ban was imposed, and they now live happily in Alberta, Quebec, and Nova Scotia.  The pit bull rescue group used to have to work secretly but is now allowed some time to find ways to get the dogs out of the province.  “If we don’t stand up for this breed, who will?  It’s all to save more lives,” Coulter said.