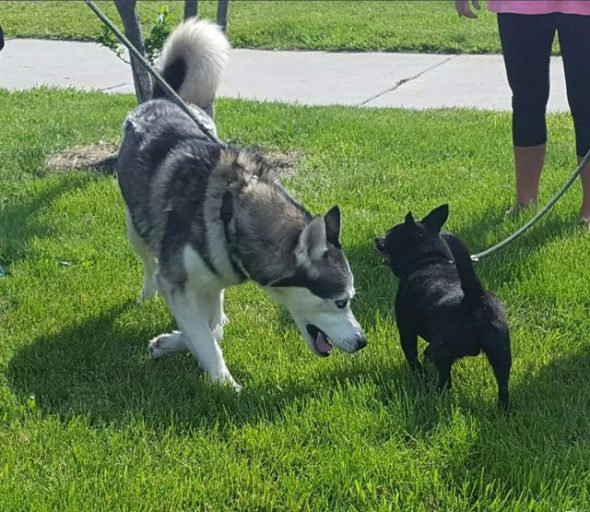 Willy and Buck were both picked up by local animal control officers, and they were both brought to the Taylor Animal Shelter near Lincoln Park, Michigan.  No one at the shelter had any clue that the two had been best friends while out on the streets, however, after the two came across each other while there, everyone with functions eyes could see how much they meant to each other.

Willy is a four-year-old husky, and Buck is a six-year-old Chihuahua.  They were picked up together, and brought to the shelter with a group of other dogs, and were even housed in separate parts of the shelter at first.  However, every once in a while, when one of the dogs was being walked past the other’s kennel, they’d stop and almost seem to acknowledge each other. 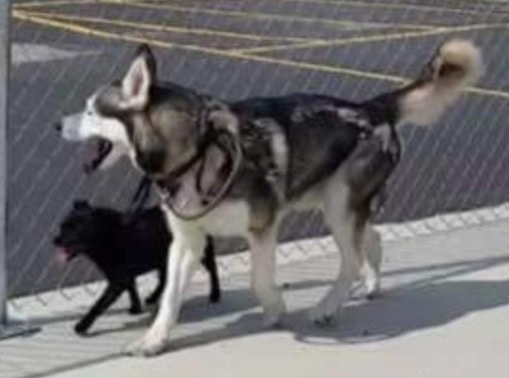 “I noticed every time I took them out, the other would whine and cry,” said Kellie Szczepanski, a volunteer with the Taylor Animal Shelter.  “Buck was always trying to get to Willy.  Taylor Animal Shelter houses a lot of strays from Lincoln Park, and it isn’t unusual for them to bring in a couple at a time, so we didn’t know at first that they were picked up together.”

One could be forgiven for thinking that a paring of a husky and a Chihuahua is a strange one.  They’re obviously two very different kinds of dog when it comes to physical size.  However, that seems to be where the differences between them end.  When they get together, everything else seems to fade away. 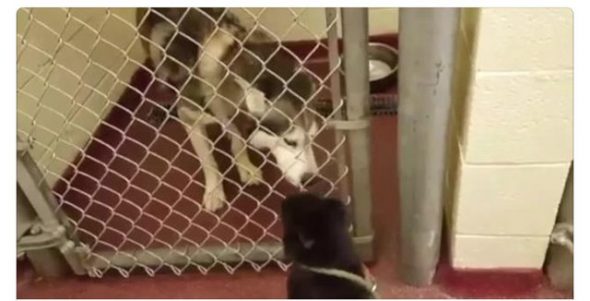 “We took them out together, and they kissed, talked and followed each other everywhere,” said Szczepanski.  “I looked at their cards and saw they were picked up in the same area.”

It’s actually thought that these two may have been living with the same family in the same house at one point, but there’s really no way to know for sure.  No one bothered to claim them when they were on hold, so they’re both available for adoption.  What the shelter was sure of, is that they needed to work very hard to ensure that these two got to stay together.  After all, they do almost everything together. 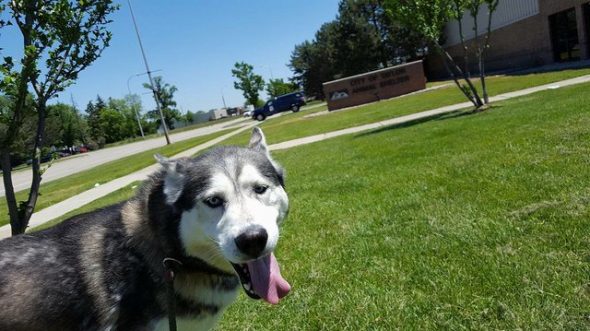 “They are both really sweet, like to be petted and are full of energy, but not hyper,” said Szczepanski. “They just like following each other, Willy likes to talk to Buck and likes being petted at the same time.”

Thankfully, it didn’t take too long for these guys to get that forever family.  They were able to stay together after all was said and done, and their new family loves them both very much.  According to them, things are still very much the same between Willy and Buck.  Best friends, until the very end. 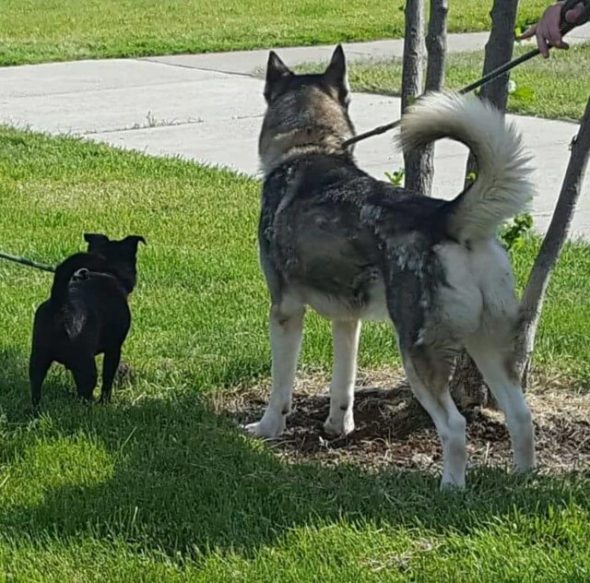