Last May, a Fort Worth police officer who turned up at the wrong address to investigate a theft  shot and killed Lily, a 5 year old border collie who was running toward him.  Lily was a friendly dog, and not a threat, but the officer did not know that and his defensive instincts took over.  Lily and her owners, Mark and Cindy Boling, are the victims in this unfortunate tale.

Now, police are learning from this experience, in the hopes of protecting themselves and innocent animals from harm.   Officers in Fort Worth will now take part in an 8 hour training course designed to provide education about alternative ways to subdue dogs during the course of police investigations and the use of lethal force only as a last resort.  The Bolings, though devastated about the loss of Lily, are very happy that her death has resulted in this positive step.  They opted to push for this training instead of suing the police department in order to protect other pets. 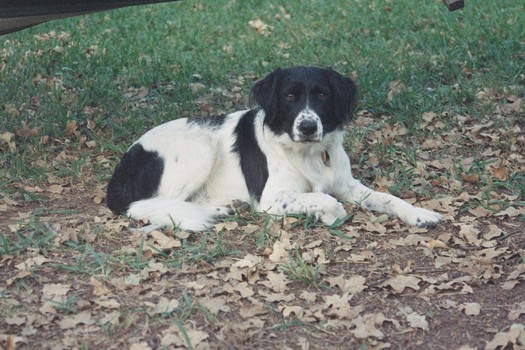 Trainer Jim Osorio conducted the training, and was assisted by his own dog Coral.  “I’m going to train them whatever they carry can be used on an animal,” Osario explained. “Clipboard, flare… whatever.”  As well, Osorio is showing the officers that the way they approach the situation will affect the dogs reaction. “That firm tone of voice works a lot better than yelling and screaming,” Osorio said. “And trying not to show fear… that’s the biggest thing.”

“It was the right thing to do,” Fort Worth police Chief Halstead said. “The nightmare the Bolings have to live through is one I would not want for any of our residents. But I respect that they’re taking this to the state and national level because it needs to be done.”  The Bolings participated in the production of a video to be used in the class, and attended the first class with the officers.  “It’s tremendous,” Cindy Boling said. “It’s tremendous.”