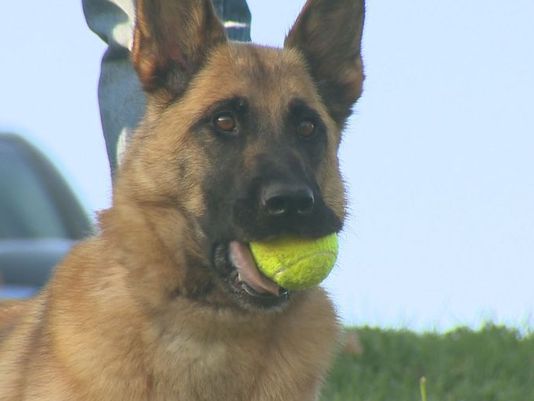 Four years is a long time.  For Army Specialist Tyler Roberts, it felt more like a lifetime.  After his tour of duty was over, he and the dog he had been trained to handle, Donna, were forced to part ways.  Roberts missed Donna very badly, and wanted more than anything to have her back.

The pair had gone through training together, and were deployed to Afghanistan with the 101 Airborne Unit.  While there, they came across hundreds of pounds of bomb making materials.  They saved a lot of lives over there thanks to Donna’s keenly trained sniffer.

When the deployment period was over and Roberts and Donna came back home to the U.S., they had to part ways.  This didn’t exactly sit well with Roberts, so he began the search to find Donna and figure out a way to get her back.

“We separated in September 2011, and I tried to follow her career so that I could adopt her after she retired, but I could never get a straight answer as to her whereabouts,” said Roberts. 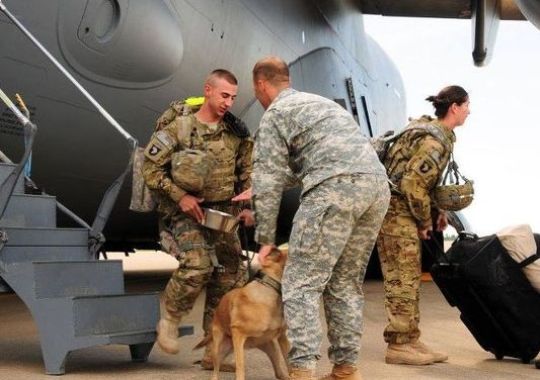 It turns out that when she was retired from duty as well, some unlicensed contracting companies.  After adopting them, for no apparent reason, they abandoned the dogs at a shelter in Richmond, VA.

The abandoned dogs were then taken in by Greg Meredith, owner of Mt. Hope Kennels.  He took them in with the understanding that they would not be staying longer than two months.  Many military dogs can wind up on several different deployments, so that didn’t seem like an impossible task.

For Donna, that two month mark came and went.  In fact, she was stuck there for a total of 15 months before being handed over to the U.S. War Dogs Association, and Mission K-9 Rescue.  This is how Roberts finally found out the whereabouts of Donna.

Once he found her and contacted her new shelter, the mission to reunite them was on.  The approval was made, and Roberts and Donna are a team once more. 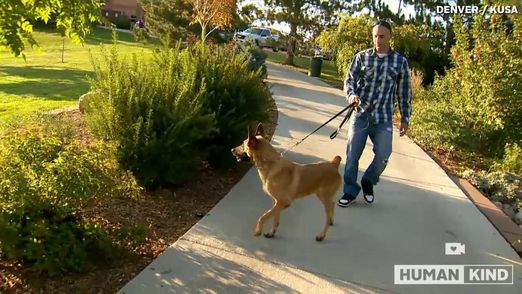