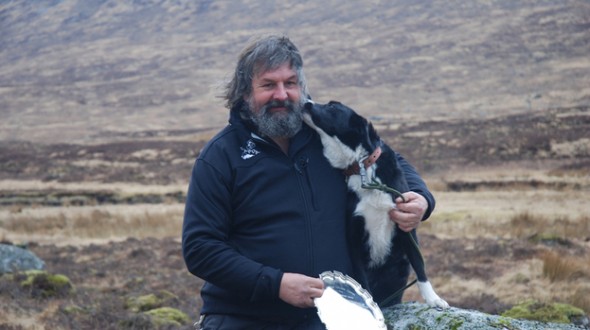 Gem, a Border Collie, was unwanted and surrendered by her previous owners when she was a puppy. Now two years later she is a talented search and rescue dog.

In 2011 Gem was surrendered to a local shelter by her owner. She spent several weeks at the shelter and then Pete and Alison Crichton adopted her and gave her a second chance.

Crichton has previously had search and rescue dogs and saw potential in Gem. She excelled at hide and seek games so he enrolled her in the Search and Rescue Dog Association’s training. Gem is now a certified mountain rescue dog and excelling at it.

“I’ve had search dogs for 25 years now and Gem’s my fourth dog, but the first one to come from a rescue center,” said Crichton. “She’s been on several searches since she qualified and she’s already showing great promise.”

Gem’s promise is not only recognized by Crichton. Gem won the Madras Trophy for best novice dog on the course at the Search and Rescue Dog Association’s annual dog trials.

Gem is now a member of the Search and Rescue Dog Association Scotland’s mountain rescue team and is on-call for emergency situations. Gem is loving her new job and her new life with the Crichtons.

“She is very enthusiastic about her job and life in general,” said Crichton. “and she’s great friends with our other dog Rusty.”