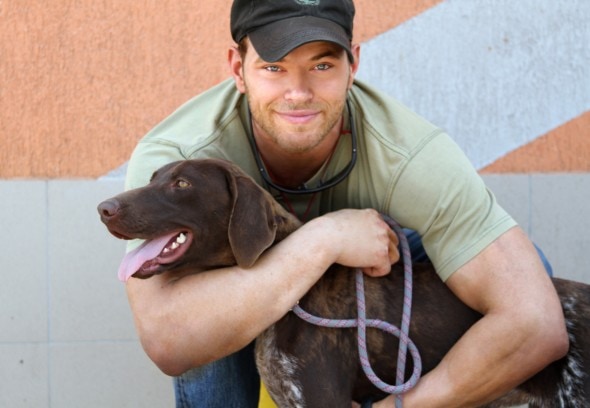 While working on his new movie The Legend of Hercules actor Kellan Lutz put in some time and money to help the stray dogs of Bulgaria. He raised more than $200,000 for a local no-kill shelter there.

Lutz was saddened by the many stray dogs he saw in Bulgaria while filming his new action film last year and wanted to do something about it.

“There’s no laws (in Bulgaria) against what you do with your pets so a lot of people get dogs and…there’s stray everywhere and it breaks my heart,” said Lutz.

Lutz decided to act and he began volunteering at a local no-kill shelter named Animal Rescue Sofia. He also got some of his cast and crew members to join him.

“They hold 500 dogs in this small facility and they don’t euthanize. So Renny [Harlin, director] and Gaia [Weiss, co-star] and all of the cast from ‘Hercules,’ we decided to help out and we’d go there on our off days and walk the dogs,” said Lutz.

In addition to donating their time Lutz and his cast and crew raised over $200,000 to give to the shelter which helped the rescue buy a new shelter.