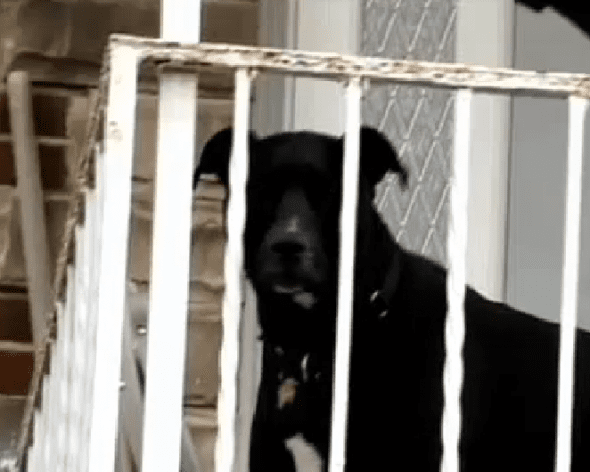 When two intruders broke into a Brentwood, Pennsylvania home in the middle of the night the family’s dog came to their rescue.

Sometime after midnight on Friday Matt Artman heard a knock on the front door. He went to open the door and was ambushed by two men.

“Tow knocks at the front door, and then the doorbell rang,” said Artman. “I thought it was somebody that needed help, went to the door and as soon as we opened it, they just pushed right through pummeling me.”

Artman’s dad tried to come to his rescue, but when he did the men pulled out a gun. That’s when their dog came running to the rescue.

“As I was being pummeled, the next thing you know, my dog comes running down the stairs and that’s when they took off,” said Artman.

“The dog did make a difference. It came down from the upper floors and attacked one of the individuals inside the home and it caused both of them to flee the residence,” said Brentwood Police chief Bob Butelli.

Police suspect the intruders had the wrong home and were actually trying to break into a drug house in the neighborhood but chose the wrong home.