A puppy and kitten that were hand-reared at UK animal charity Battersea Dogs & Cats Home, Old Windsor branch, and were so close they thought they were sisters, have found a home together thanks to a family from Essex.

Jack Russell puppy Buttons and her feline friend Kitty became famous around the world for their close bond. Battersea’s Old Windsor centre, where the pair were cared for, was flooded with calls from people as far afield as America wishing to offer the duo a loving new home.

The cute photos of the pair, some of which are seen in our post Abandoned Puppy and Kitten Become Best Friends, went viral in October.

It was the Read family from Colchester, Essex who were able to adopt the pair after seeing Buttons and Kitty’s remarkable story on the Battersea website. The animal lovers have lots of experience with pets and Buttons and Kitty will be in good company with Rosie, their Battersea dog, and Marge and Homer their two cats. 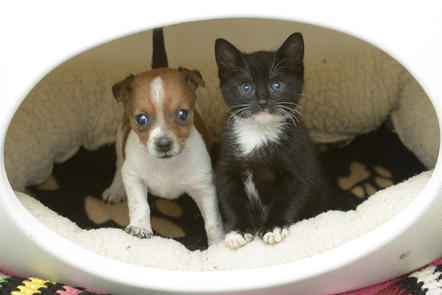 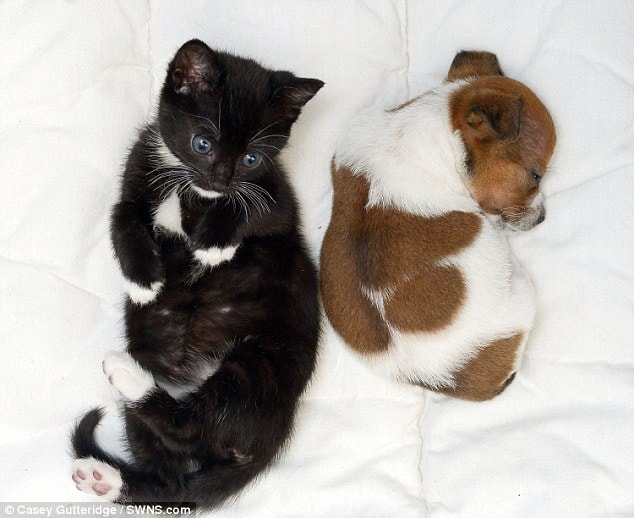 Buttons and Kitty play together at the shelter before their adoption.