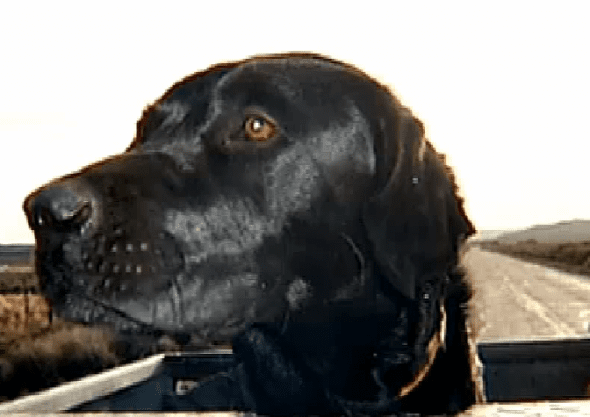 Jeff Rossi made it safely out of a fire thanks to his dog Harley. Now Rossi is desperate to find his best friend and hero.

On Sunday morning Rossi’s parent’s home in Shamong Township, New Jersey caught on fire. The three-alarm fire would end up destroying the home. It is thanks to Harley that Rossi and his friend, who was also in the home, got out of the fire safely. Rossi’s parents were away on vacation.

Rossi was asleep on the couch when the fire broke out. His black lab Harley’s barking woke him up just in time. Rossi and Harley ran out the front door, but Harley kept running. “It all happened really fast,” said Rossi. No one has seen Harley since. “I think he was really, really scared and he just took off as fast as he could. It’s just not like him to not come back,” Rossi said.

Rossi has been searching everywhere for Harley and has posted signs in hopes that someone will find him. Rossi even spent Sunday night sleeping in his car parked in the driveway of the now burned down home in case Harley came back. Harley is wearing a Harley Davidson collar, but no tags. “He should respond to his name and he’s very, very friendly,” said Rossi.