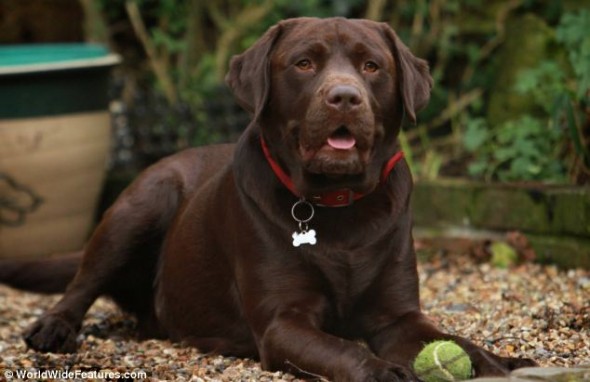 Some dogs will eat anything and Barney, a chocolate lab, is no exception.  Recently Barney’s owners became concerned when he seemed to be feeling under the weather so they took him to the vet.  An examination and x-ray revealed that Barney indeed had an upset stomach, caused by eating none other than a load of pebbles.

The day before, Barney’s owner Kim Woollard had taken him for along walk on the beach.  Barney went in and out of the water, swimming and frolicking as normal.  Or so she thought.  Unbeknownst to Woollard, Barney was ingesting pebbles as he went along and when the vet performed surgery later there were 79 pebbles in his stomach cavity.  There were also pebbles in Barney’s basket at home, about 30, which he passed before he was taken to the doctor.

“No wonder he had been feeling sluggish when there were more than a hundred stones in his stomach.  He’d kept going into the sea and if he’d had his mouth open then he may have swallowed the stones then. I thought he may have swallowed a few, and then passed them in his basket, but I’d never imagined that it would be so many. The vet told us that it had been a good job that we had acted so quickly,” said Woollard. 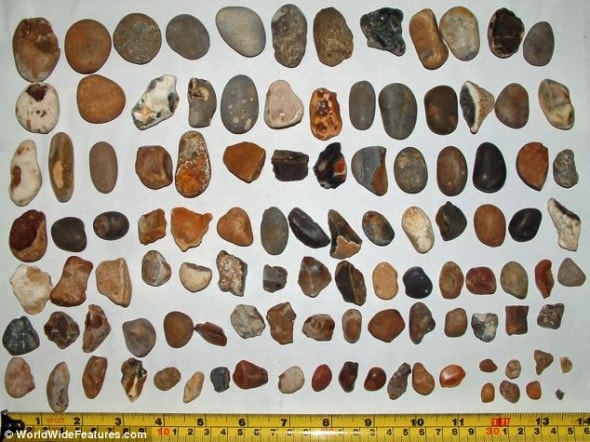 Barney was lucky his owners took him to the vet right away, he recovered well from his surgery and was back to normal before long.  But the pebbles also caused some dental issues which required that he have surgery to repair a tooth as well.  Woollard says, “Since he was a puppy Barney has always chewed things. He’s always stealing washing off the line and tissues. He grabs them and hides them in his basket.  But we never imagined that he’d be swallowing stones when we took him to the beach. I think pebbly beaches are out of the question for him now.”