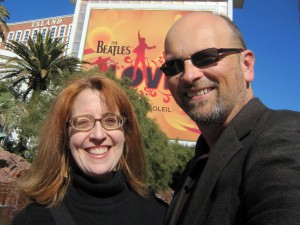 Pam & Michael have a lot to smile about. What started out as two people who loved animals and wanted to help them has turned into a growing army of compassion that has completely revolutionized sheltering in Rockwall, Texas. And last month, thanks to the hard work of those they called to duty, their efforts culminated in a unanimous City Council No Kill declaration and a stunning 97% save rate.

In August, the City Council in Rockwall, Texas voted unanimously to become a No Kill community. To top it off, the shelter had a stunning 97% rate of lifesaving for one of the busiest months of the year, an August to remember. I spoke to Michael Kitkoski, who along with his wife, Pam, is the founder of Rockwall Pets, the volunteer-based organization spearheading the No Kill initiative. His prescription for No Kill success? All you need is love. And hard work. And to reject excuses. Fight when you have to. And believe in yourself. Given how far Rockwall has come, it is advice worth heeding.

Nathan Winograd: What was the shelter like when you started?

Michael Kitkoski: Rockwall has always killed more animals than it saved. Things were better in 2009, after the city built a new shelter, since adoptions were up when people flocked to see the new building. But even with a much-improved facility, the shelter was still killing over half of the animals, about 51%. Unfortunately, by June 2010, the shelter’s adoption rate was plummeting again. And most animals continued losing their lives.

NW: You and your wife started Rockwall Pets and are leading the No Kill initiative. Were you always No Kill advocates?

MK: When we first began, we were incredibly naive. We were insiders of a sort. I’d been taking a “shelter pet of the week” photo for a local newspaper. I’d also been writing a monthly pet column in the Rockwall edition of the Dallas Morning News for a couple of years. And my wife sat on the Parks board. Even though the City Council had to force the shelter to make changes, we still defended them.

After the Rockwall City Council required the shelter to begin a volunteer program, we asked to help by establishing a weekly offsite adoption event. During the events, people in the community kept asking us, “Are you a No Kill shelter?” Of course, we parroted the shelter’s standard line that No Kill was impossible for an open-admission municipal shelter like ours. But our defense of the shelter changed over time.

For example, we heavily marketed each weekly offsite adoption event. We made it convenient by taking the shelter pets to where the people were. And we provided friendly and helpful customer service, so people began not just coming the offsite events, but to the  shelter as well. I would have thought this would have pleased staff, but I was told that they were angry with me.

NW: For someone who defended the shelter, that must have been both disappointing and surprising to learn that saving lives was not the goal of shelter staff. Did you continue despite the realization that the staff just didn’t want to work hard?

MK: Yes. Our steadily-growing team of volunteers was definitely not afraid of hard work. We began expanding by doing offsite adoptions at various Rockwall events. I also took over the photography and marketing duties for the shelter, managing the on-line databases of all the shelter pets. We began reading books, attending seminars and webinars and studying what other successful shelters were doing. In short, we made ourselves into the shelter’s adoption experts.

We were so successful at increasing adoptions that the shelter was half-empty by November 2010. But our celebration turned out to be premature and we discovered how naïve we were. It took us until March 2011 to realize shelter staff was keeping the shelter empty by killing as many animals as we were adopting out. In March, we had an adoption rate of 42% and a kill rate of 36%. When I complained about all the empty kennels, one shelter staffer told me, “Isn’t this great? We’re so empty that there isn’t much work to do!” It was the first time we realized shelter staff was killing for convenience. It was my “light bulb” moment.

NW: Was that the tipping point for Rockwall Pets?

MK: It happened shortly afterwards. First, staff was threatening to kill a yellow lab named Hunter, who had been in the shelter for months. He was hardly looked at because he was considered “wild.” Faced with Hunter’s impending death, volunteers took immediate action, seeking any help for the dog, from obedience classes to law enforcement work. Staff immediately cast doubt on these ideas, claiming he’d be useless for law enforcement work. We fought for him anyway. Today, Hunter is a certified drug detection dog. It was the first time we challenged them on killing an animal and won.

The second turning point was when the department’s manager called me in to tell me most of his staff disliked me. They complained that they had to work harder. They took offense when I complained to the city council about poor customer service. Some of them, I was told, left the building when they saw me arrive. I was floored. I thought we had been helping the staff, but instead, they saw us as the enemy.

NW: Did that cause you to change your strategy?

MK: That and one other thing: Austin, Texas. After the Austin City Council voted to require the shelter in their community to save at least 90% of all animals, Austin announced it had achieved success in March 2011. We knew there were other open-admission municipal shelters saving better than 90%, but not in Texas. And the excuse that it could not be done here went right out the window.

NW: So what did you do differently?

MK: Emboldened by the Austin victory, we went to the department’s manager and requested that the shelter return to full capacity. If staff would stop killing so many animals, we told him, we would take personal responsibility for getting the additional animals adopted. To our surprise, we entered the shelter about a week later and found the “adoption row” filled. It was time to double our efforts!

By the next month, live outcomes soared to 86%. We hit 86% again in May. We were adopting our way to No Kill! Since this was a volunteer-driven effort, however, staff remained committed to killing. They panicked when the usual influx of cats and kittens began in June. While my wife and I were out of town on a business trip, the staff killed upwards of 30 cats. We flew back into high gear, including incorporating Rockwall Pets as a nonprofit organization, so we could begin accepting donations. And we turned around and put that money to use saving lives.

One of the things we did was a no fee adoption campaign for adult cats. Rockwall Pets reimbursed the city for every cat adopted during June without an adoption fee. Within a couple of weeks, shelter capacity returned to normal capacity, and we did it without killing.

NW: Did the shelter staff see the light?

MK: Incredibly, even though we were saving almost nine out of 10 animals, many of the staff were and still are hostile to the progress. We scheduled a meeting with city management to try to get some relief from the constant battles. To our surprise, the city manager opted to put the matter in front of the city council, and the rest is history.

MK: We’ll keep working and we’ll keep fighting. And we’ll do it with our eyes wide open. Shelter personnel are unchanged. Since the city council’s No Kill vote, we’ve not seen even a glimmer of change at the shelter. Volunteers have to clean filthy kennels while the shelter is open to visitors due to lack of work ethic and the uncaring attitudes amongst many of the staff. But the bottom line is we’re getting it done. We’re going to follow in Austin’s footsteps as a No Kill Community. And it’s all due to volunteers, the army of compassion.

But we also know that for this to succeed in the long term, we need to change the culture at the shelter and that means changing policies. That is the next phase of our campaign.

NW: Any words of wisdom to share with people who still live in high-kill communities?

MK: We started with two naive people who just wanted to help the animals. We’ve ended up with an army of volunteers who are helping animals in ways we never could have imagined when we began. In other words, anyone can do it. And that anyone can be you!

2 thoughts on “All You Need is Love…”