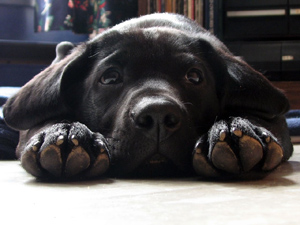 The American Kennel Club announced its nationwide registration statistics today, revealing that for the 20th consecutive year, the Labrador Retriever is the most popular breed in America.

This year’s list included some shakeups in the top 10 – the Beagle overtook the Golden Retriever for the 4th spot and the Bulldog, who has been steadily rising up in rank, took 6th place away from the Boxer, who dropped to 7th in 2010.

“Not since the early 20th Century has the Bulldog enjoyed such sustained popularity,” said AKC Spokesperson Lisa Peterson. “‘Bob’ was the first AKC registered Bulldog in 1886, and today the breed enjoys its highest ranking in 100 years at number 6.”

Most Notable Dog Trends On This Year’s List Include:

In addition, the AKC expanded its litter of registered breeds on January 1 to welcome the Norwegian Lundehund, the Xoloitzcuintli and the Entlebucher Mountain Dog – growing next year’s list of Most Popular Breeds to 170 dogs.

20 thoughts on “American Kennel Club Announces Most Popular Dog Breeds in the U.S.”