A video of alleged representatives of French animal rights group Cause Animal Nord is circulating the web and going viral. The video shows when the animal rights activists snatch a homeless man’s dog while the man cries, pleads and does what he can to keep his dog. In the end, the activists run off with the pet and leave the homeless pet owner empty handed. We ask, is this even legal? 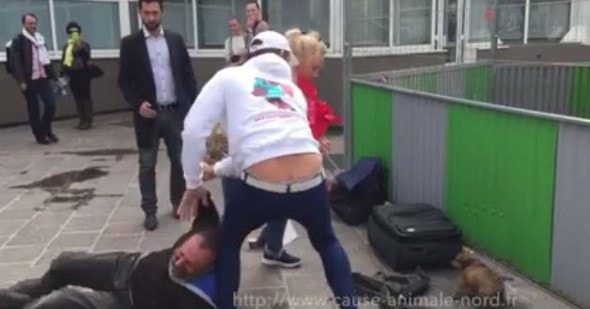 The “theft” happened on September 19, 2015, and a witness, Nghi Le Duc, uploaded the video to Facebook. Since posting the video hundreds of thousands of animal lovers have rallied up against the animal activists and demand the dog is returned to his homeless but righteous owner.

“Three French who represent of the association ‘Cause Animale Nord’ and who also represent The Law… took violently, mercilessly, a small dog – a little friend of a homeless person from him, even though this homeless person cried and begged them! I was in shock when I saw this scene in Paris,” posted Le Duc on his Facebook page. 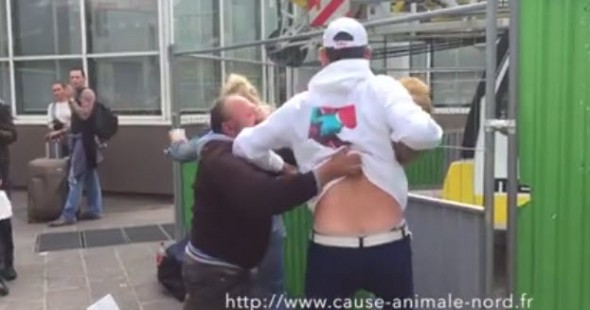 The Dodo has identified the activists in the video as Cause Animale Nord’s president Antony Blanchard. 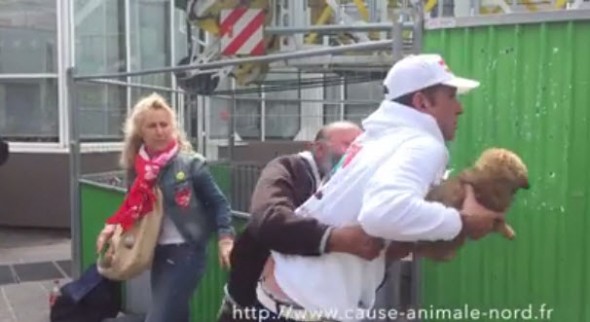 The dog was later advertised on the organization’s Facebook page as available for adoption under the name “Vegan,” but the post has since been taken down. There is another image of the dog and a caption where Cause Animale Nord says the video circulating the web does not show the entire truth of what happened or why. The organization says they know how important animals are to homeless people and in the past have helped these pet owners with the care of their pets. However, in this occasion, the animal was being abused and this is why they intervened. 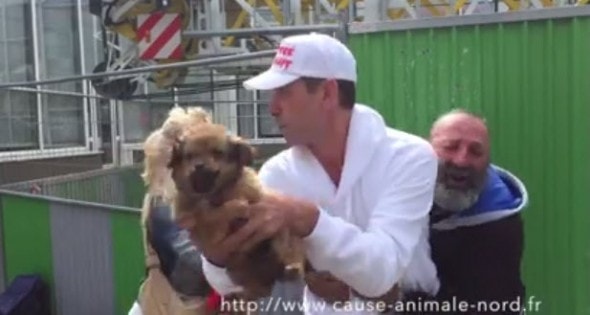 Cause Animale Nord stated the dog was removed from his owner because the homeless man allegedly drugs the pet and uses him as a prop while begging for money, however, no evidence of this abuse has been presented yet. The organization also says the dog had not been vaccinated or microchipped. The organization is holding a press conference on Sept. 30, 2015, to explain the events and set the record straight.