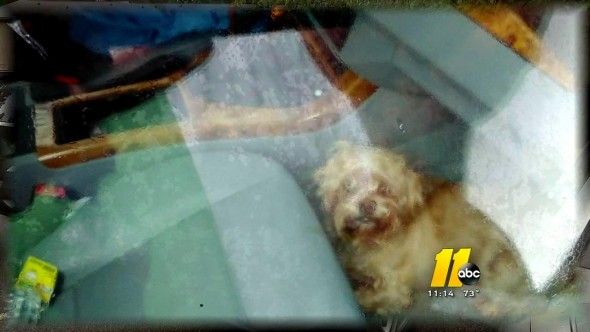 In Raleigh, North Carolina, a dog wound up trapped in an SUV for almost two days before he was rescued.  There was a bit of a fight between Sunny’s humans, and they were taken away by police.. Someone who knew the dog was passing by the SUV, and got to work getting Sunny out.

“I was walking my dog last evening about 7:45 and I noticed the little dog, his name is Sunny,” said Janice Seitzinger.  Seitzinger lives in the same condo complex where the incident took place.

After asking other neighbors, she found out that Sunny had been in that SUV a lot longer than she had thought.  The police did confirm taking the two vehicle owners, Emmanuel Valladares and Laura Araque, away from the scene earlier that day, but no one informed them of the dog trapped in the car. 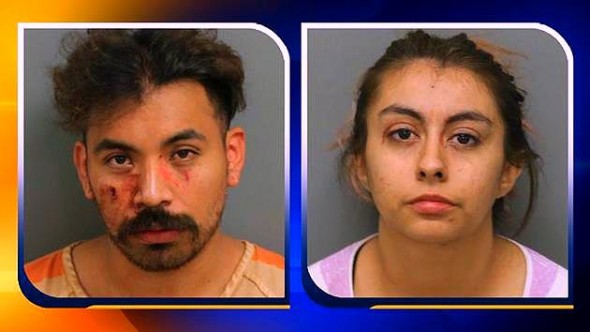 Another neighbor and witness to the rescue, Lamont Williams, said, “He was just looking at me like he was dehydrated.”

Raleigh police say that they were not told of the trapped dog until about 9am on Monday.  They advised that because the dog did not in any way appear to be “in distress” they couldn’t just go up to the vehicle and bust out the window.

Other neighbors did say that animal control did show up at one point, but did little more than put a warning note on the vehicle.  This was at about 10:30 am, Monday. 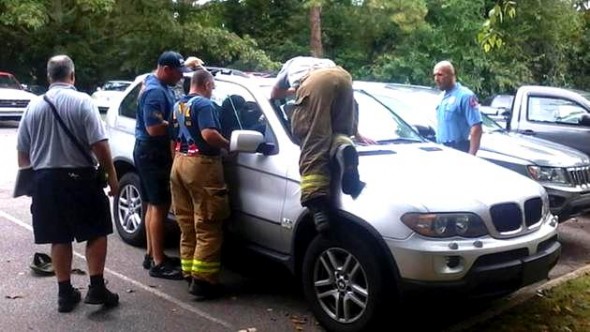 The neighbors started calling police and animal control relentlessly, until animal control showed back up with police.  The emergency crew worked tirelessly for four hours, but were totally unable to get into the locked SUV from the outside.

“There was firemen and policemen all over that BMW.  Apparently BMW is very hard to break into because they couldn’t get in, it was hours and hours and hours,” said Seitzinger.

Sunny was eventually rescued, and taken to an animal shelter.  He was given a medical evaluation, and seemed to be in very good health despite the predicament he found himself in for two days.