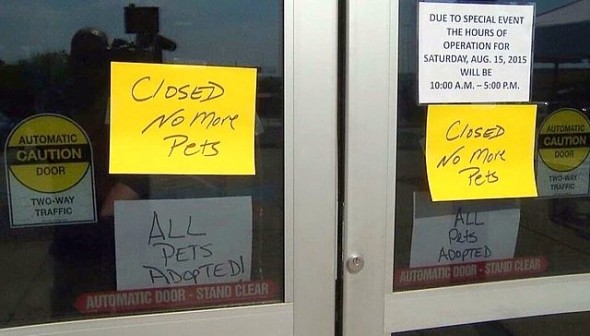 Last Saturday there was a nationwide adoption campaign called Clear the Shelters, and thousands of animals were taken in by loving families.  One shelter in Dallas was so successful that they had to close because they ran out of pets to adopt!

Clear the Shelters is an annual event where shelter fees are waived (but adopters still have to go through a screening process).  Hundreds of shelters participated in the event, with potential adopters turning up in dozens, and posting photos of their new family members on Facebook and Twitter with the hashtag #ClearTheShelters. 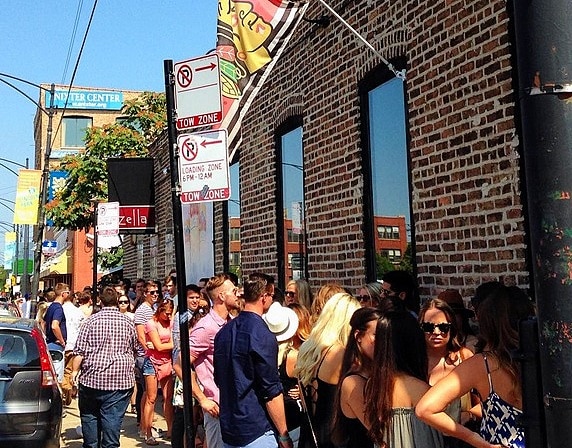 Nearly 20,000 pets across the US were adopted, with 3,000 pets adopted in North Texas alone.  Dallas Animal Services was forced to close their doors because every one of the 200 animals they had was adopted.

As wonderful as this is, however, it won’t stay this way for long; anywhere between 75 and 100 animals are brought to that shelter every single day. 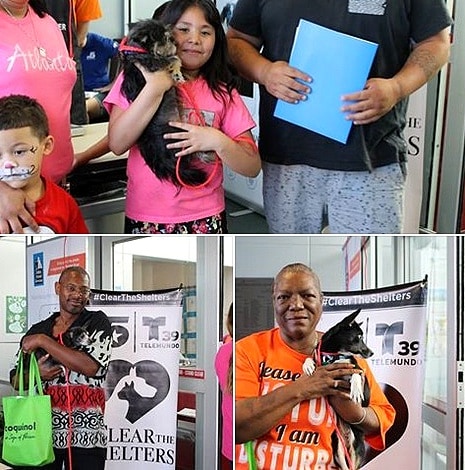 “We always have new animals coming in and we always need people to come in to adopt them,” said Dallas Animal Services Manager Teresa Cleek.

Even many purebred dogs from “responsible breeders” end up in shelters.  This is why we strongly encourage people to adopt rather than buy from breeders, which only encourages them to continue breeding and contributing to animal overpopulation. 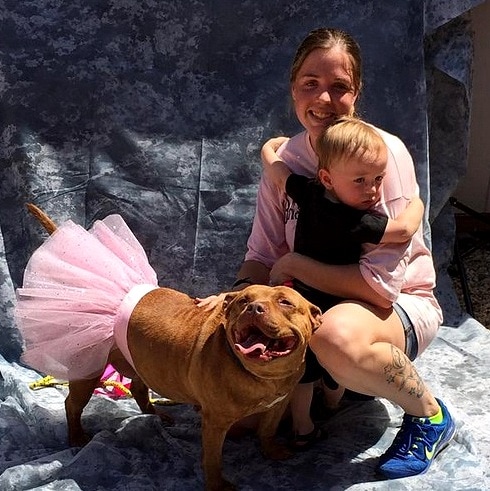