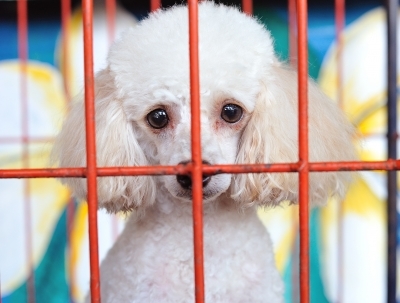 For anyone that runs a shelter, receiving a call promising a large sum in donations is a dream-come-true. For Susan Babbitt that dream became a reality when Dana Law Firm in Scottsdale, Ariz., called to inform her of her good fortune. Unfortunately, soon after the donation was made, the dream turned into a nightmare. Babbitt was asked to send the money back.

Babbit founded the Friends of Collinsville Animal Shelter in Collinsville, Okla., in 2008. The shelter is better known as the Ward-Wiseman Animal Haven. In March, 2013, Babbitt was contacted an informed that a woman who had recently passed away and left the shelter some money.

The donor was identified as 68-year-old Mary Kay Thomas. Her will stated she wanted to donate 27.5 percent of her state to the animal shelter. That was a total amount of $188,981.03.

The donation reached Babbitt’s shelter on March 27, 2013. She immediately deposited the money in shelter’s account. On April 15, 2013, Babbitt was contacted once more by the same law office, but this time it was to inform her that they had made a mistake and needed the money back. Thomas’s donation was meant for Friends of Collinsville Animal Shelter in Collinsville Illinois, not Oklahoma.

“I said ‘You’re kidding me! How can this happen after eight weeks?” said Babbitt.

After consulting a lawyer, Babbitt was advised to return the money.

Matt Dana, owner and president of Dana Law Firm, said the mistake was an honest one. During the process of fulfilling Thomas’s last wishes, the check was mailed to wrong charity. The Law Firm realized their mistake when the Collinsville, Ill., shelter called to ask about the status of the check.

“Everybody started to panic and looked in the file and discovered there were two shelters and the check was sent to the wrong one,” said Dana.

Babbitt has agreed to return the money and to compensate for regrettable error, Dana plans to donate his $12,000 fee to Babbitt’s shelter.