After the adoption, as part of what has become a tradition at the shelter, a photo of Sally Mae with her new “family” was posted to the shelter’s Facebook page.  This was posted around one minute after 7PM on Monday, just before the family left with their new dog.

Within the 7 o’clock hour, fans of the shelter’s Facebook page started reporting that a Craigslist ad was offering an extremely similar looking dog, complete with a photo, asking for a $200 “re-homing” fee. 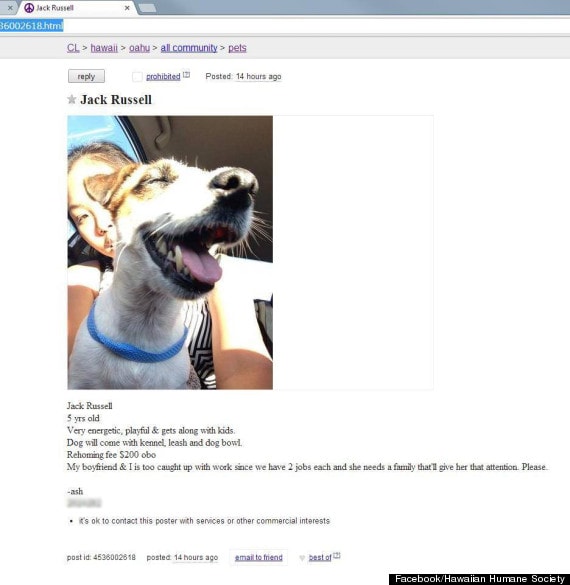 The HHS has reported that Sally Mae was returned to the shelter the next day by the woman that adopted her.  She was complaining that she could simply not take care of the dog.

A report this morning from the HHS was issued stating that a new family came in to the shelter Wednesday afternoon, and Sally Mae was re-adopted out to them.  Hopefully, Sally Mae has found herself a more permanent place in this family’s home.

2 thoughts on “Attempted Resale of Shelter Dog has People Outraged”