No one knows how Rosie, a Rottweiler, ended up living in Neerabup National Park, Australia, but in 2013, Calli San and her good friend Lee, made it their missing to rescue the abandoned and neglected dog. 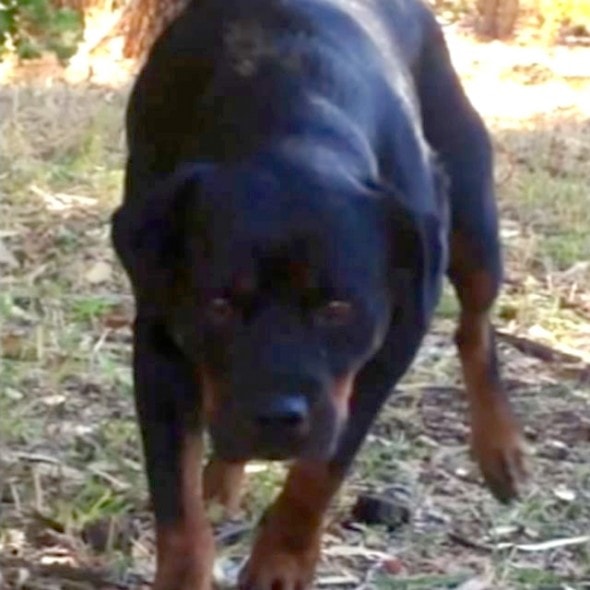 San had spotted the dog in June of 2012 but months went by before she saw the dog again. In January 2013, she saw Rosie when she drove past the park. Immediately, she tried approaching the dog, but the Rottie was terrified of human touch and ran away and hid in the bushes.

Asking around, this kind woman learned the dog had been living in the park for at least 9 months. Park rangers new of her existence but had not been successful at trapping her. Area construction workers had seen her too, left food for her, and tried rescuing her, but they too had failed.

The women along Rottweiler Rescue WA thought of a plan to bring Rosie to safety, and for months San and Lee visited the park, set up a feeding station, and patiently waited for the canine to allow them to get close to her. 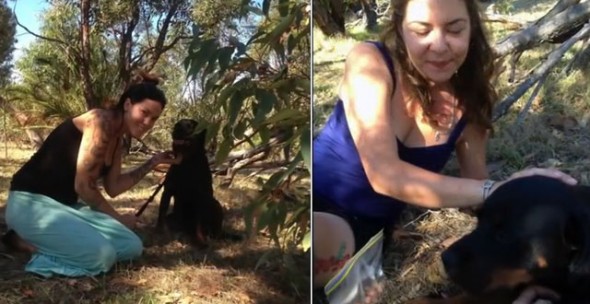 The rescue finally happened in April 2013. Rosie decided the two women who constantly visited her and brought her food, were good humans. It was time for abandoned pet to leave the park and become a pet.

Watch the video and learn how Rosie started off as a feral unwanted dog and became a lovable and spoiled house pet.

5 thoughts on “Aussie Rottweiler Goes from Feral To House Pet”