This past April, ANIMAL Rescue Queensland (ARQ) in Australia liberated 58 dogs from a puppy farm in western Queensland. These innocent animals had never known freedom or love, but thanks to the animal rescue organization, the pets have learned what it feels like to be loved. The majority of the rescue dogs have been adopted, but the farm still has dozens of animals in need of rescue.

When rescued, all 58 dogs – including a pregnant dog with 4 puppies – were described as nervous, scared, and timid. They were underweight, malnourished and infested with fleas. The four puppies brought the total number of rescued dogs to 62. ARQ had all pets checked by a vet, spayed or neutered, vaccinated, heart worm tested, treated for fleas and worms, and microchipped.

As of yesterday, only 18 out of the 62 dogs rescued await forever families. 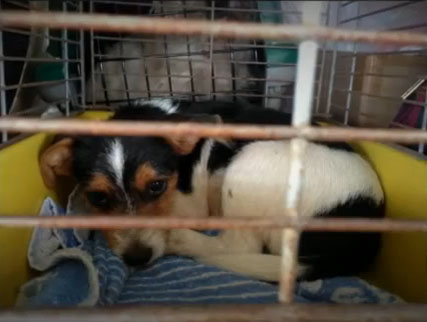 When ARQ was called to intervene in this horrific case of animal cruelty, the organization planned to work in conjunction with local council to reduce the numbers of dogs held at the puppy farm. However, they had no idea how many dogs were being held under appalling conditions.

In July ARQ was called once again to rescue 47 other dogs. The organization doesn’t have a physical shelter to house the pets they rescue, and the 47 additional dogs are being cared by ARQ’s foster home program volunteers. All dogs hope potential adopters come forward to save them soon.

Unfortunately, there are still more than 100 dogs left in the puppy farm. ARQ is working with other local organizations to raise funds to pay for spay and neuter programs that will put an end to the further breeding of these innocent animals. If possible, ARQ wants to get all dogs from this farm rescued.

You can donate to help ARQ rescue and save all the animals in this puppy farm.

If interested in helping, learn how you can help save these dogs.