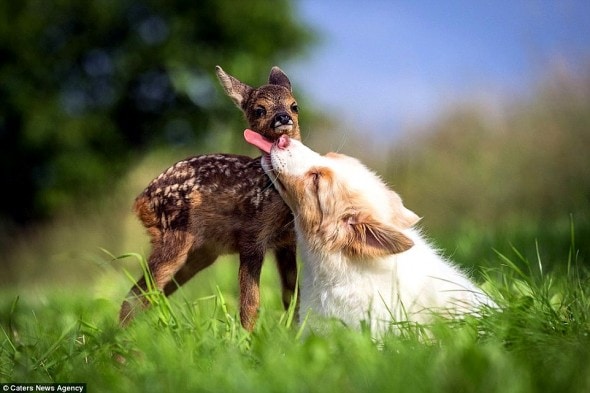 A week-old fawn who may have been abandoned by his mother likely wouldn’t have survived had he not been found by some farmers in Germany.  But because of their help, and his new puppy mom, he is thriving. 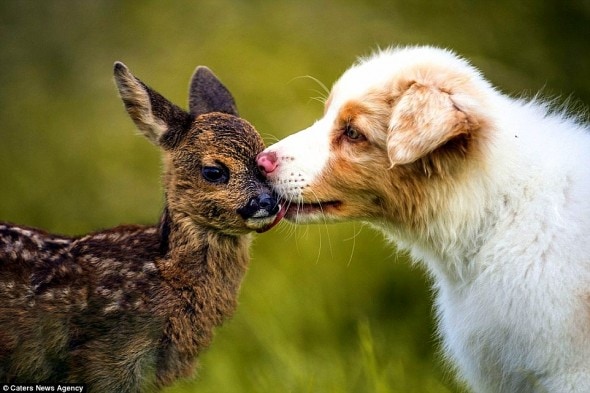 It is unknown what happened what happened to the baby deer’s mother; she may have been killed, or simply abandoned her young.  He was found near a hop field in Regensburg by a farmer who happened to know a family who had raised deer before. 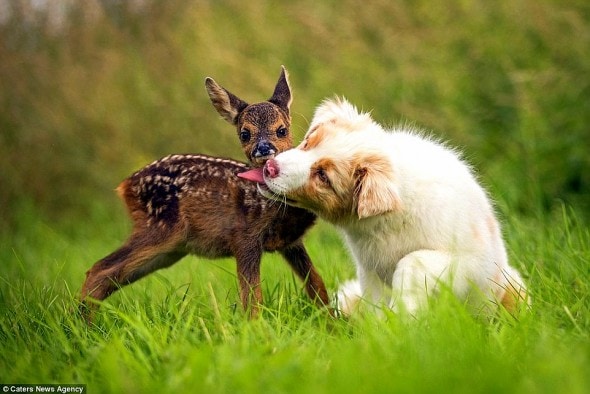 The family named the fawn Hansi, and with bottle-feeding and love, nursed him to good health.  But the family member who loves him the most is 12-week-old Australian shepherd puppy Lia. 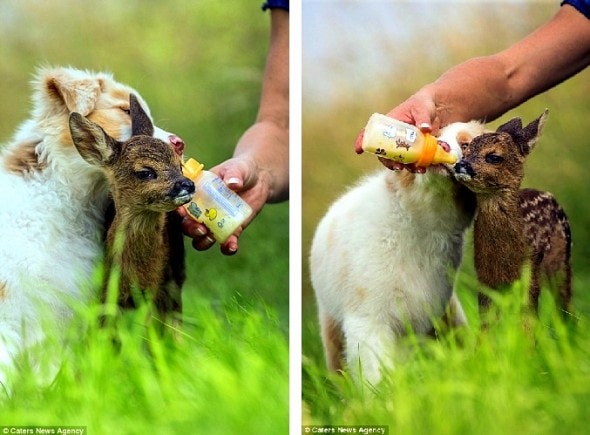 Her motherly tendencies – or perhaps sisterly – developed early, and after only a few weeks the two are inseparable.  They spend all day playing, romping around, and snuggling together. 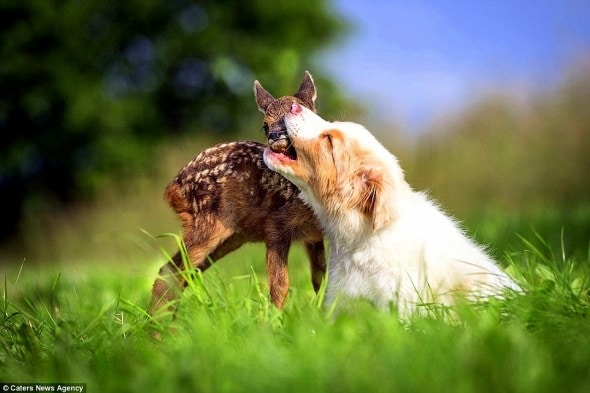 Pet photographer and microbiologist Anna Auerbach has got their endearing relationship on film. 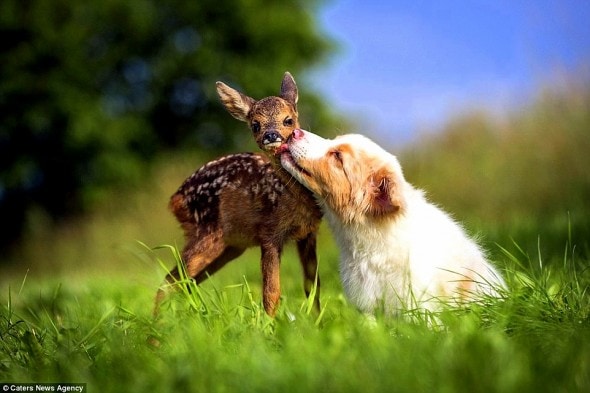 “The two of them get along really well. Hansi sees Lia and the other dogs she is being brought up with as family,” she explained.  “The shoot only took about 30 minutes. All I had to do was lie on the grass and wait for the right moments – there were so many.”