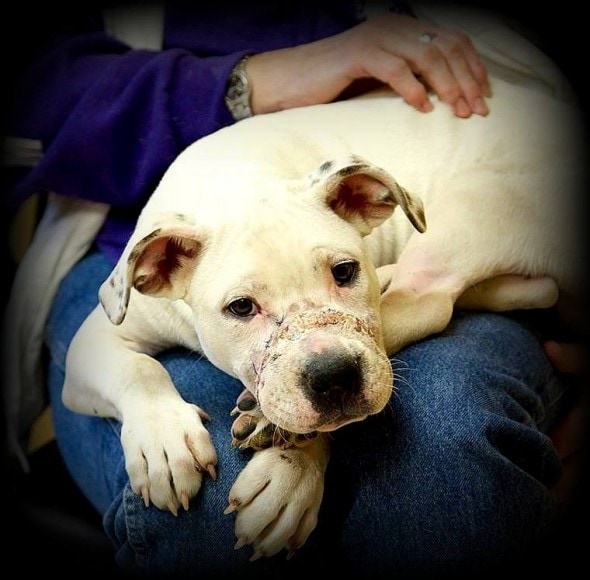 “Friends and I were celebrating Christmas when a stray dog came into the back yard. His mouth was taped shut and infected. We took him to an emergency animal hospital. Meet Chance,” redditor hopeidontdie posted.

“Yeah, he came in the back yard! My SO’s mom left the gate open because she couldn’t figure out how to close it. It was so random, by chance. It’s why we thought the name was so appropriate.” 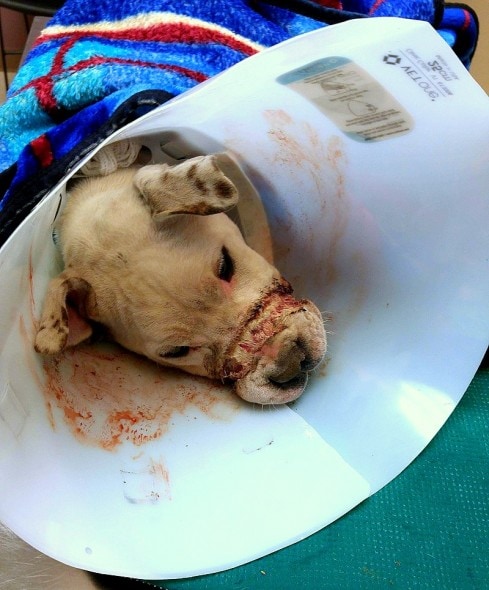 The people who found him knew he desperately needed medical attention, so they brought him to a local vet.  Chance’s upper lips had been worn down to the gums, and dead tissue needed to be removed.  He was foaming from the nose, and both hips were broken – he had likely been stomped on.

The fact that he made it to the good Samaritan’s home at all was a miracle.  But his treatment would be costly, so the vet reached out to Sherri Christopher of Guardians of the Green Mile.  She was taking care of Edwin, a bait dog she was rehabilitating, but immediately said yes to helping Chance.

“I said, ‘Absolutely – we’re going to stand up for this guy. He’s got the will. We’ve got the backing,’” she explained to The Dodo.  “His personality was really what saved his life.” 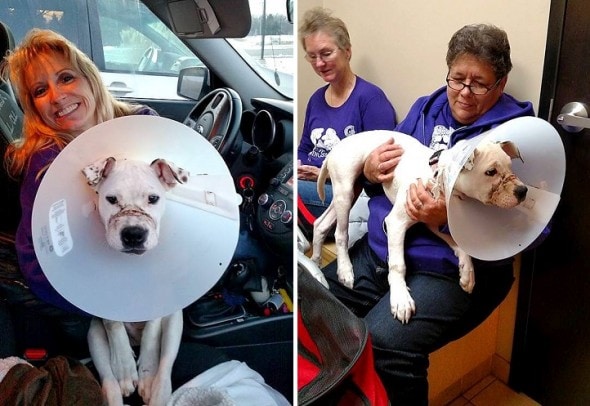 He was brought to Chicago for surgery on both hips on Saturday, and should be healthy enough for adoption in about a month.

According to ABC 7, Michigan City police have questioned a “person of interest” regarding the matter.  This may be Chance’s former owner, Richard Cope, who claimed the puppy was stolen after being let out unattended in his unfenced yard.  He apparently did nothing to find him, nor file a police report, despite maintaining that he and his son loved the dog.

Facebook user Sarah Carroll, whose connection to Cope is unknown, has been alleging that he tortured Chance, and then taped his mouth shut when he wouldn’t stop crying in pain.  She says that because he is a police informant, the cops won’t arrest him.  She’s not the only one making these claims, and Cope has now been taking down his pages because of public castigation. 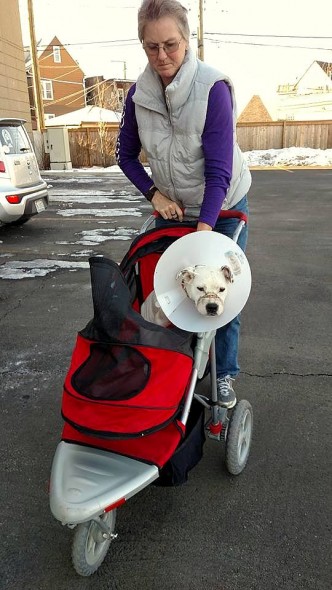 Hopefully police will make sure that if Cope is indeed the person responsible for Chance’s horrific abuse, he is arrested and charged.  They have a post about Chance on their Facebook page asking for anyone who has any information to contact them.

If you would like to donate towards Chance’s care, please click here.  You can also donate directly through PayPal.   If you’d like to adopt him, well, you’ll have to get in line – hundreds of requests have already come in!

To see the update on this case, click here.