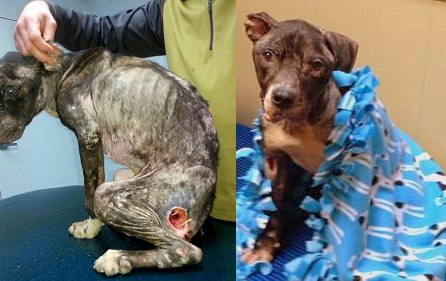 In November, a very badly neglected dog was found tied up by his rescuers. The skeletal boy, called Nathan, barely had fur and was covered in bed sores. Because of the care and compassion of the team at Sunny Meadows rescue, Nathan has been able to recover and is now in search of a forever home.

Memphis, Tennessee rescuers who came across the miserable boy could only guess at the horrors he had known. He was tied up and had been abandoned.

His emaciated body was scantly covered in hair, giving him no protection from parasites or the elements. He weighed a meager 35 pounds, and had pressure sores on his hindquarters, likely from being forced to sit on a hard surface for extended periods of time. 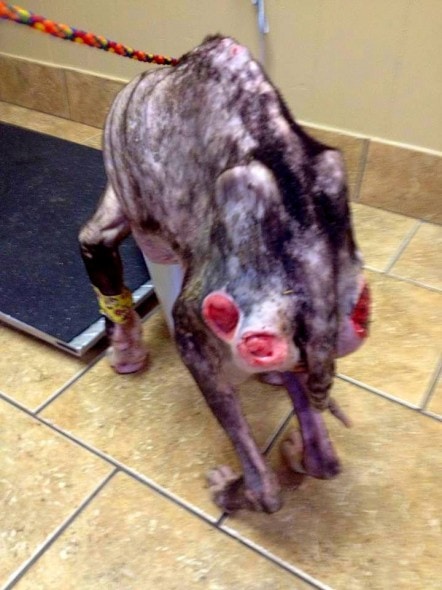 “Nathan was tied up to a business and found by a dear friend and foster dad to four of Sunny Meadows’ senior babies. We have searched ALL cameras in the area where he was found and all we could see was a man running from the location…sadly not enough to prosecute and no other leads.”

Vets determined that Nathan’s lack of fur was not from mange, but malnutrition. He was also riddled with parasites, including heartworm. 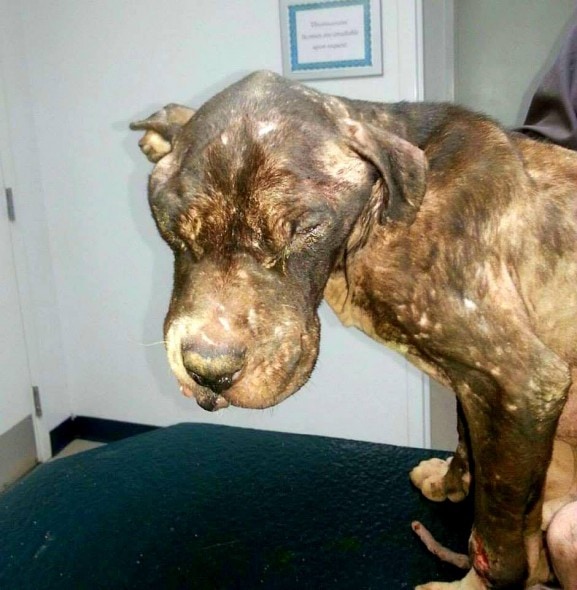 On December 16, Sunny Meadows reported: “Nathan and Sunny Meadows would like to thank EVERYONE who has donated to us in Nathan’s care. Today you guys have helped raised close to $10,000! We are so happy that we have such great supporters. Nathan will need every dime to help with his heartworm treatment, extensive dentals, blood work, specialty food, and more. We thank you! Nathan thanks you!”

He has since been taken into a foster home, where he has come miles from how he was found. Little by little, Nathan is recuperating and becoming the dog he deserves to be. 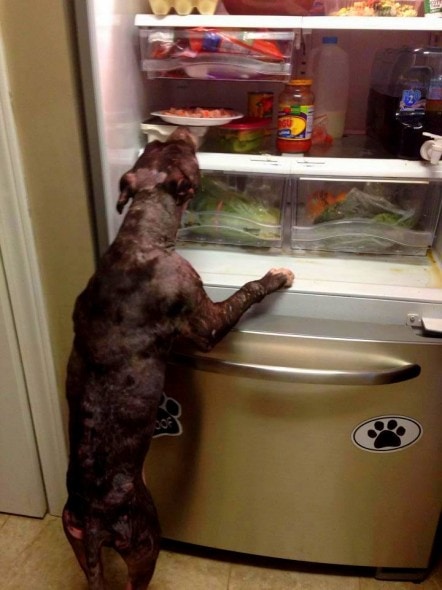 “He has really filled out and is looking great! He’s sores are healing perfectly and even his fur is coming in all around. Need more stuff n fluff on his tail, but that will take some more time.”

Nathan still hasn’t found his forever home. If you live in the Memphis area and would like to adopt him, please visit Sunny Meadows. 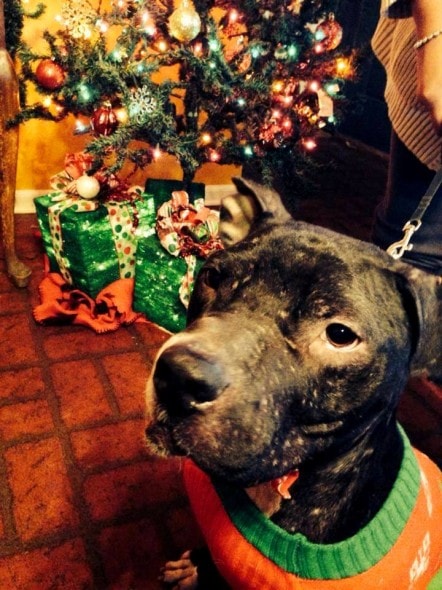