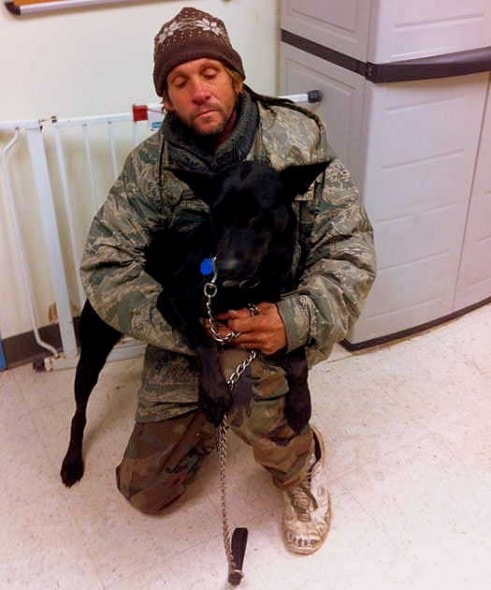 Dave Thomas of Gulfport, Mississippi was on his way home from work this past Friday when he spotted a gorgeous black dog overlooking the side of a highway bridge. She had on a collar and a leash, but was all alone. The forlorn girl appeared to be searching for something.

Still peeking at her from his rearview mirror, Dave saw that something had spooked her and caused her to run towards traffic. A car slammed on its brakes and just bumped her.

“It was a very pretty dog,” Dave said. “I stopped at a gas station, but I wanted to go back and find her to make sure she wasn’t hurt, and she wasn’t.”

It took some time, but he was able to coax her toward him. He put her into his truck, and called the number on her tag. 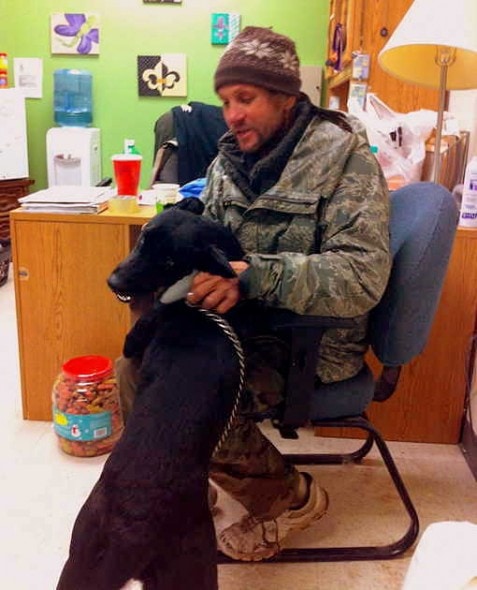 The tag didn’t lead back to her owner. But it did lead Dave to a couple who had seen a homeless man “with a special bond with his dog.” They had spotted her once with a cut to her leg, and took her and her owner to a pet hospital.

But the couple didn’t know where the man might be. Dave didn’t know what else to do but bring the dog to the Humane Society of South Mississippi, about four miles away.

“The couple told me the man and this dog were traveling partners,” he said. “I knew the dog was safe, but it still bothered me.” 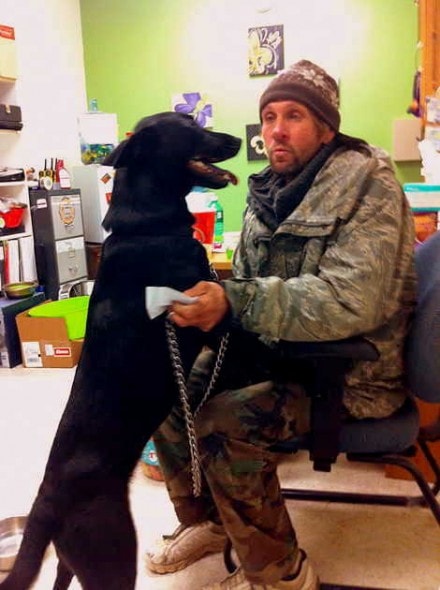 Ronnie always slept with Holly’s leash looped around his hand, and woke one morning to find that she had chewed through it during the night and taken off.

“I was underneath that bridge just crying,” he said. “That’s my baby. I was stunned. It was like my whole world had come to a complete stop. I didn’t know what to do because she wasn’t with me.”

He was surprised to find that she was gone, because Holly, who he describes as intelligent and loyal, wasn’t likely to leave him and not come back.

“She’ll get in my sleeping bag with me and curl up by my feet. She’s a good dog; she’s my baby.”

Holly had been gone for around two days when Dave approached him under the bridge to ask if he was missing a dog.

“I just started to cry – it was the most joyful thing,” Ronnie said. “It’s hard to explain the emotion I felt when he said ‘I found your dog.’” 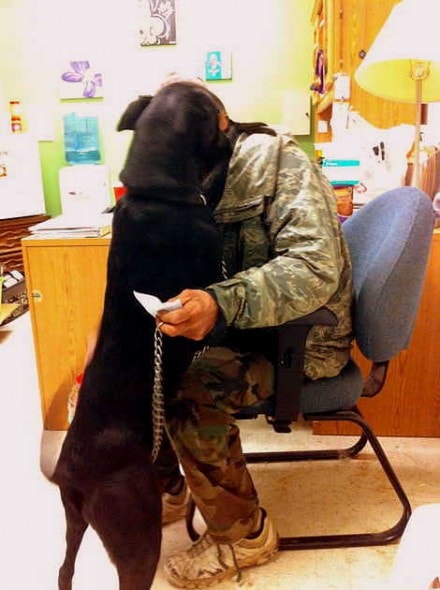 Dave said that he couldn’t get the thought of them out of his mind, and needed to go back to the bridge to see if Holly’s owner was there.

“I had a feeling that I should go under that bridge, and so I did and met Ronnie,” Dave said. “When I told him his dog was safe, he just kept saying ‘This is unbelievable.’”

Ronnie was waiting outside the door at the humane society when they opened their doors at 10 am on Monday. Krystyna Schmitt, a marketing specialist for the HSSM, said there’s a sliding scale for return to owner fees. But it is waived for animals like Holly that are found to be in good health.

“We’re glad we were able to reunite them,” Krystyna said. “We know how much it can mean when that’s all they have.”

“It’s a miracle that I have her,” Ronnie said, as Holly leaped up on him and coated his face with kisses. “If someone offered me a choice between $20 million and my dog, I’d take my dog. That’s how I feel about her.” 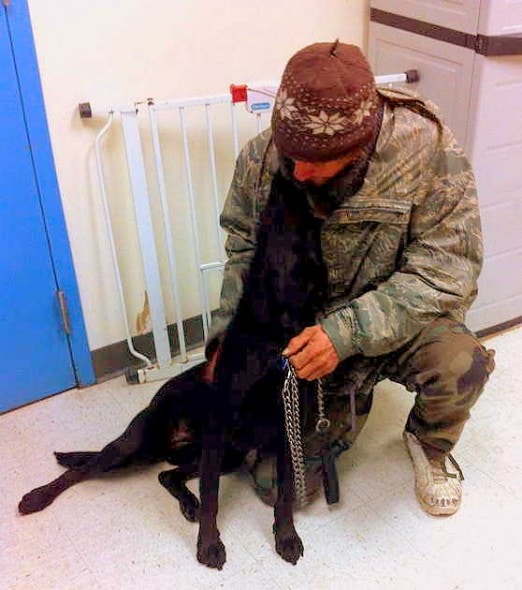