Marmaduke is not the only dog with a comic strip, Daisy the Basset Hound from the backwoods of Oklahoma has her own colorful, photo-journalistic comic strip. 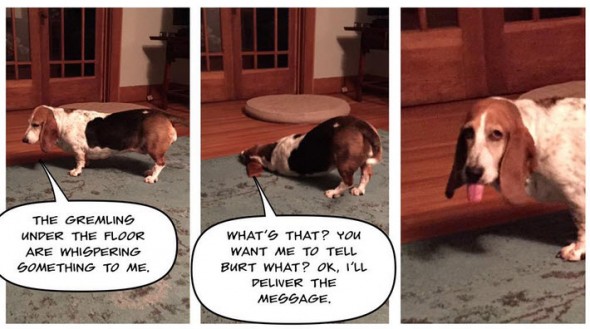 With more than 16,000 social media followers, Daisy uses photos featuring her and a few friends to poke fun at life, bring a smile to her fans and tell everyone about her daily adventures. 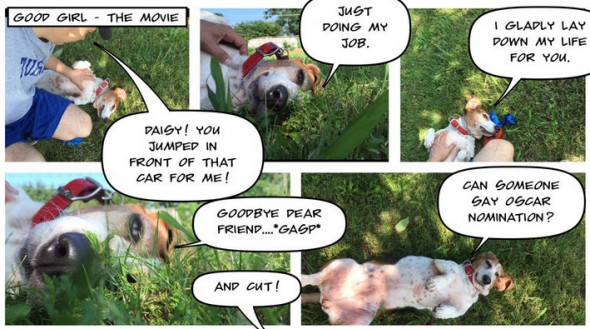 Daisy’s owner, Burt Mummolo says the strips are made from photos taken during their walks, and then run through a comic strip app.

The name for the comic strip comes after the Basset Hound’s obsession to hunt rabbits. 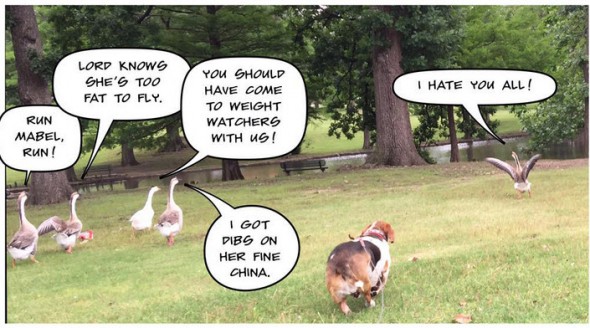 “It’s in her blood,” reads her Facebook page description. “Daisy has somehow twisted this tracking talent into a personal vendetta.”

Catch up with more of Daisy’s adventures by visiting http://www.dierabbitdie.com/ or following her on Facebook or Twitter.