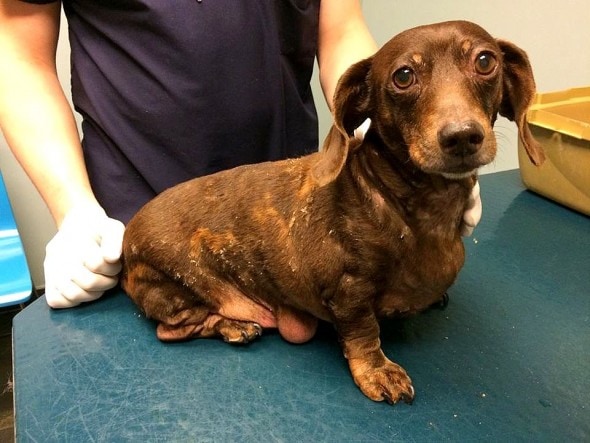 When Reese was dumped at a shelter by his owner who was bringing him in to be put to sleep, it was the best thing that could have happened to him.  He has a massive tumor, oozing skin, and painfully overgrown nails.  But volunteers from Trio Animal Foundation were just about to leave when he was brought in, and now instead of being put to sleep, he is finally getting the care he so desperately needs.

This comes from our friends at TAF:

THIS POOR PUP WAS NOT TOO OLD… HE WAS JUST NEGLECTED

There is nothing more painful to watch than an animal being surrendered by its owner at a shelter. We were about to leave our local open access shelter when a man walked in with his obese doxie, saying he wanted to put him to sleep because he was too old and couldn’t make it up the stairs. The poor dog, with obvious skin issues and tumor on his chest, just stood there staring at his dad. He had no idea that he was about to be left behind. The shelter manager asked if the dog could be transferred to a rescue and he said that he didn’t care…. a few minutes later Reese was safely with us on our way to the vet. 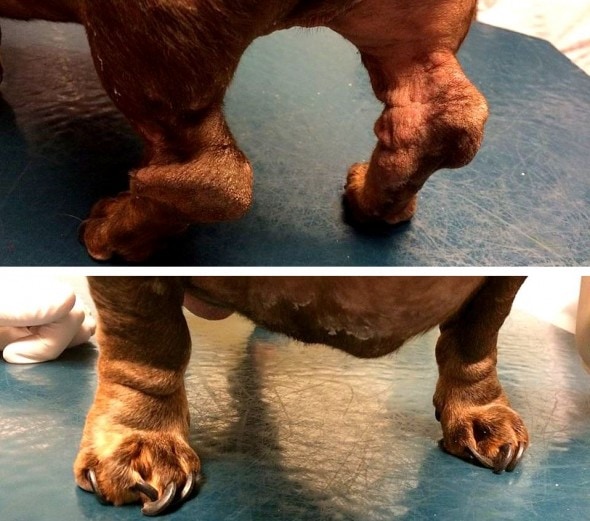 Once at the vet we could see just how bad Reese’s skin was. Parts of his skin were sloughing off leaving open, oozing sores behind and Reese’s hind legs were so raw and swollen it looked like he had bed sores. In addition to this, his chest and belly were also raw. Our vet suggested that Reece had been left in the same position for a very long time.

Also, Reese’s fingernails were so overgrown that he could barely stand on them. They bent in different directions and one had already ripped from his paw. Between his obesity and overgrown nails, no wonder he couldn’t make it up his owner’s stairs. To make matters worse, the inside of Reese’s ears were swollen, thick and smelled terrible. They were infected and horribly overgrown with yeast. However, the most worrisome aspect of Reese’s condition was the tangerine sized tumor on his chest. 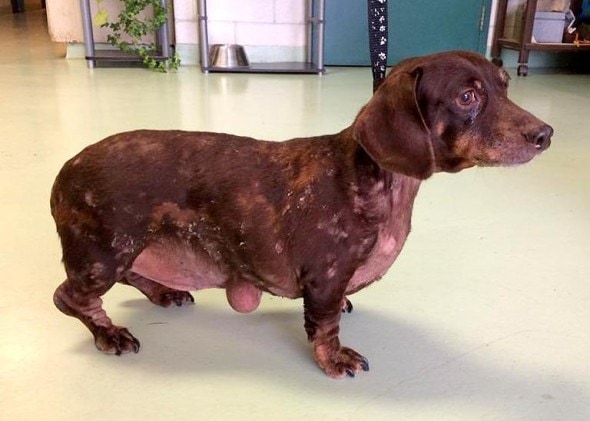 Reese is currently receiving the best vet care possible and is continuing to undergo testing. We have already had his tumor removed and sent off to determine if it is cancerous and a skin scraping has already ruled out mange. Reese has had his ears thoroughly flushed, a full blood panel taken, received a medicated bath (for secondary skin infections) and was started on antibiotics.

Reese is now resting more comfortably than he has for a very long time and seems to really like all of the love that he is receiving. He has been so sweet to everybody that has been working to help him.

We will keep you posted on Reese’s test results and progress. In the meantime, please keep Reese in your thoughts and prayers. 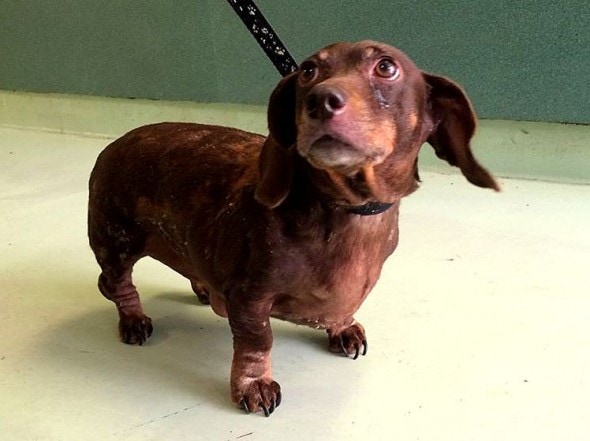