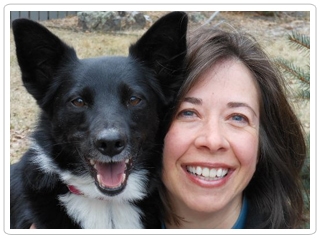 Roxanne Hawn, author of the blog Champion of my Heart, has become famous for dedication to her dog Lilly, who became terminally ill after a rare adverse reaction to a rabies vaccine. Lilly has inspired many even before she became ill, when she was better known as the fearful border collie struggling to regain her confidence. However, since her fateful rabies vaccine in January 2012, Lilly and Roxanne’s story has become more one of devotion and courage in the face of pain and grief.

We are honored for the opportunity to speak with Roxanne about her experience.

Champion of my Heart was started chronicling your experience with Lilly, right? Was she sick when you started the blog? What motivated you to begin?

“We’ve been blogging since April, 2007…Originally what she was famous for was being a super fearful dog and I had a goal for her to become an agility dog. She had been through a lot…parvo as a puppy, kennel cough that turned into pneumonia, paintball poison, bitten by two snakes…so, we’ve been through a lot together. But this brain thing is like nothing I’ve ever experienced.”

What happened with Lilly? What caused her brain inflammation?

“She was getting a three year rabies vaccine-the only vaccine she got that day. Symptoms were almost instantaneous.”

What could have caused this? Was something wrong with the vaccine? 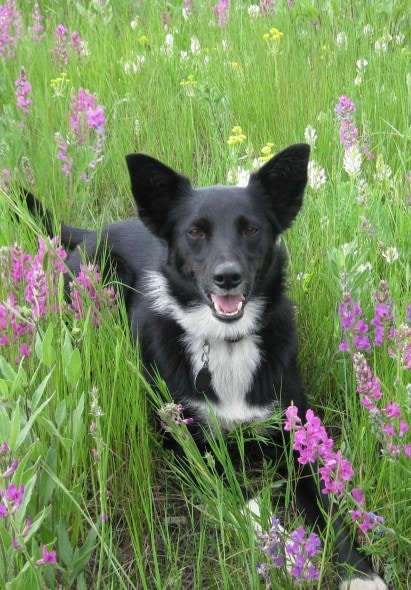 “They don’t know…There was nothing wrong with the vaccine. Lilly just happens to be the very rare case that has this reaction. She had always had trouble with vaccines. She would get swelling at the injection site and feel crappy afterwards but that was it.

People assume that I’m anti-vaccine…people want to make me an anti-vaccine crusader. I have friends who do not vaccinate their puppies AT ALL…that is not me. Will this change how I vaccinate in the future, yes. But I will vaccinate. I am a fan of Dr. Ron Schulz at the University of Wisconsin and founder of Rabies Challenge Fund. He prefers you put off puppy vaccines until a little later and then perform titer tests to make sure they work or are necessary…He also recommends titer testing every three years.”

So, in spite of it all, you would still encourage people to vaccinate their dogs?

“Yes, in fact Ginko was due to get the exact same vaccine as affected Lilly only 6 weeks after her brain inflammation and we went ahead and vaccinated him.

Luckily, I live in a state in which I can get a medical waver when due for another vaccine in 2015.”

Do you hold the vaccine company responsible?

“We did file an adverse reaction report so that if and when she dies I will have reports updated to show…The company did offer me a financial settlement but it came with an iron clad gag order and so I did not take the money offered. What was interesting was there was a clause in it, that they would not only hold me legally responsible for what I wrote but also what others might say about Lilly’s case on the blog…but it was an extremely small sum compared to what we spent so I declined.”

“It is all connected…all of the problems are side effects of the treatment being done to protect the brain and spinal cord from inflammation…Early on, we didn’t know and it really looked like she was going to survive this and all we had to do was support her…But when she relapsed in August, 2012 she was in much more danger than the initial incident….I knew it had tripped something in her immune system and we would be fighting this for life.” 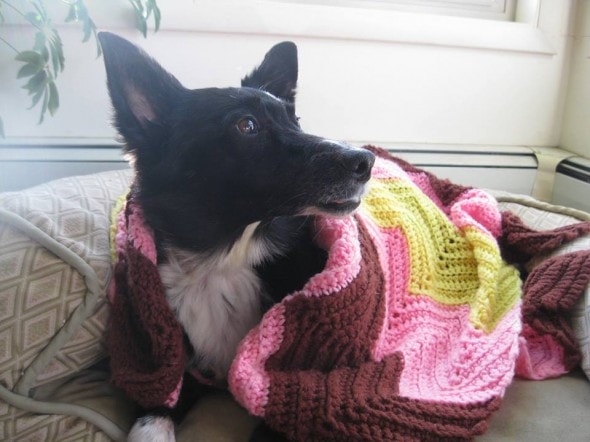 So, you think she will eventually die of this?

“The reality is she is already so far beyond what people thought possible that no one really knows…I think there are two possibilities: if the brain inflammation rears up again despite everything and she is suffering, then I will call an end to it…Also, if the cumulative damage we are doing from the treatment causes too much damage, ultimately I will also call an end..

I said to the ER doctor, who is like a sister to us, that in the past I didn’t know how this would turn out but now I do…and she just agreed and said ‘now you do.’”

And now you have two dogs sick, right?

“Yes, Ginko has heart issues that will likely eventually kill him…but other than this he is pretty healthy and in great shape. But he’s on some medication and seems to be doing well on it.”

Wow! That’s such an investment of time and money, especially for Lilly!

“It is. People often assume that what I am doing is possible because I’m wealthy but I’m not. I’m a middle class girl with middle class income and paying for her medical care has been a HUGE cost…but it’s worth it.

We also take flak from people saying how selfish I am for keeping her alive but no one knows Lilly’s case better than I do…And I also rely on our doctors, so for now we’re in the game.  Until that changes, and I know it will, but until then, we’re in the game…”

What advice would you have to give to others who are also caring for a terminally ill pet?

“I’ve compared living with a very sick dog to standing in a batting cage, with fastballs flying at your head. Just keep swinging at each challenge.

You have to take each thing as it comes. Whenever we get more medical news, I try to treat good and bad news with equal measure – not overreacting.

Take Lilly’s recent blood clot, for example. It wasn’t the best news. It wasn’t the worst news. Sure, we had a conversation with our veterinary team about worst-case scenarios, but I tried to treat it as just “the next thing.” I never know what that next thing will be, but I do know that we’ll deal with it when it comes. So, when our ER veterinarian later referred to giving me “bad news,” I was a little sad because she seemed sad.

At this point, I do sort of expect all news to be not-good, but I try to take it in stride.

As for your dog, I recommend asking very little of her and praising her a lot because every moment is a miracle. I probably tell Lilly 1,000 times a day how much I love her and what a good girl she is.”

To read more about Lilly’s inspiring story, check out Champion of My Heart.