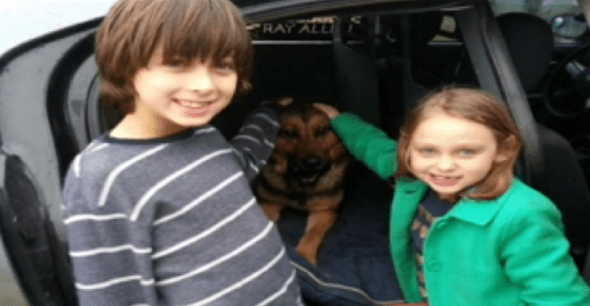 When 8-year-old Hudson Taylor sat down to make his birthday wish list it didn’t include anything for him. Instead Hudson asked for items the help the dogs at Austin German Shepherd Dog Rescue.

Hudson loves his grandfather’s German Shepherd Izzy. Hudson was inspired by Izzy to help other dogs like him. So instead of asking for presents for himself he asked guests coming to his birthday party to bring donations for the Austin German Shepherd Dog Rescue.

His guests did just that, bringing all sorts of items to help the rescue. On Saturday Hudson went to deliver the donations to the rescue.

The Taylor family isn’t done helping shelter dogs though. Hudson’s younger sister Drew plans to do the same next week for her sixth birthday. She will be collecting donations for PAWS Shelter and Humane Society in Kyle.