Sasha’s story is not particularly unique but it is a beautiful example of the dedicated work that veterinarians do each and every day.

Sasha, an 8 year old German Shepherd mix, became gravely ill for unknown reasons, causing her guardian, Ryan Hetrick, to be beside himself. Ryan was prepared for the worst but wanted to do everything possible to save Sasha’s life. 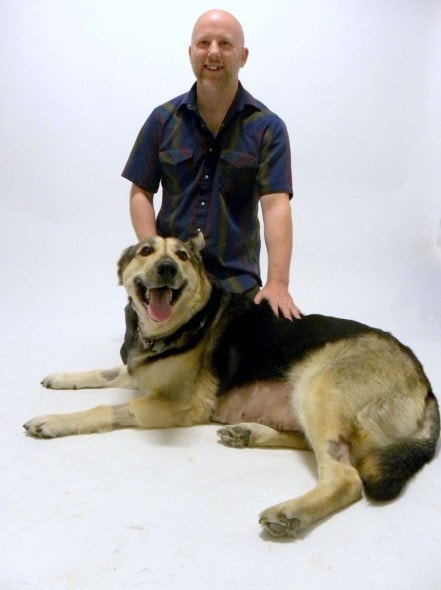 “Sasha is my baby and my favorite thing in this world, so I got very emotional when we weren’t able to diagnose the problem.”

He immediately admitted Sasha to the San Francisco SPCA Veterinary Hospital where, after many tests and a great deal of tears, SF SPCA veterinarians performed surgery to find the root of the problem. They ended up discovering a small sock in her intestine. In addition to the sock, they coincidentally discovered a cancerous tumor on Sasha’s neck, something that likely would not have ever been discovered if it weren’t for the sock in her intestine!

Ryan praised the veterinarians for their resolve in finding the best options to save Sasha’s life.

“Even though the situation looked bleak, the veterinarians never wavered, explored every option, and took extra time to keep me informed every step of the way. It was just luck that we found the tumor at the same time. Testing proved it was cancerous and, had it not been removed, would have killed Sasha in a matter of months…The [veterinarians] did everything imaginable to comfort me and keep me positive through one of the most trying weeks of my life .”

Sasha ended up spending six days in the hospital, recovering, but is now on her way to continuing a healthy life. The veterinary staff even helped Ryan apply for an emergency grant that is now covering a portion of his vet bill so that he could afford the work needed to save Sasha’s life.