Rud Tietjen was used to winning dog breed awards in the late ’80s and ’90s, and last week he was arrested and charged with animal cruelty and neglect. Authorities discovered 19 malnourished dogs on his property. 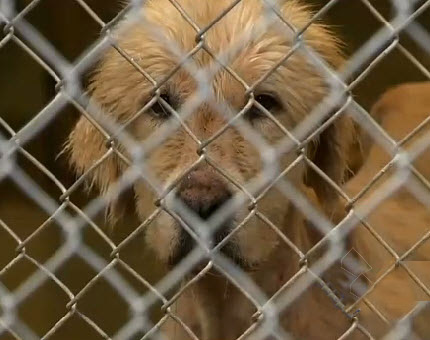 Officers received tips reporting the 55-year old man had purebred Great Pyrenees and Sheltie dogs living in their own feces and urine.

“They are extremely emaciated, anemic and they were covered in fleas,” Susan Garcia, director of Cherokee County Animal Shelter, told CBS Atlanta News.

When officers arrived at Tietjen’s home they discovered the property had a rancid meat smell but weren’t sure if the stench was coming from the dog food in the kennels or the found deceased pets.

The dogs, mostly females, were malnourished and in no state to be breed, but Tietjen’s home was build similar to a breeding facility.

All dogs have been rescued and once they are in better health they will be placed for adoption.