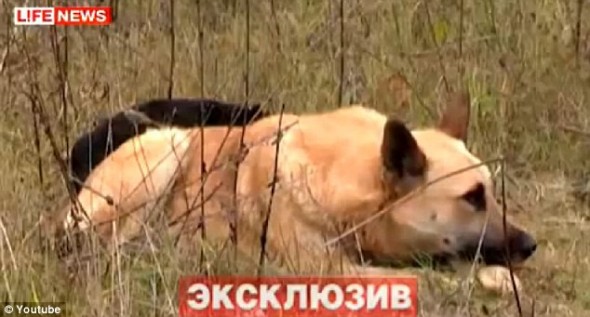 A dog in Russia has stood guard over another dog who was hit by a car for over a week. He refuses to leave her side and is not willing to say goodbye to his best friend. It is a moving display of loyalty and friendship that has brought many residents of Filippovka, Russia to tears.

When his best friend was hit the dog moved her body to safety and has been standing guard ever since. He desperately tries to wake his friend up by pawing at her. “It’s very sad. He won’t let anyone near her and he keeps trying to warm her up with his own body,” said one local. Those who pass the scene and hear the dog’s howls can’t help but break down into tears.

People in the area have been taking food and drink to the dog and have tried to lure him away from his friend so they can properly bury her. He refuses to leave her though, and won’t let anyone close enough to help. The video of the dog was posted a little over a week ago and no new updates have been reported.  The locals have been trying to help and many are so touched by this display of loyalty and friendship that he has many people waiting to adopt him when he is ready.