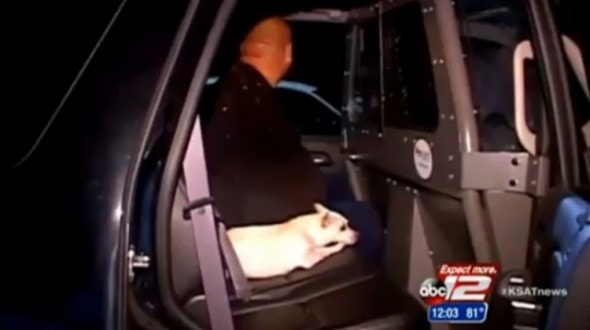 You’ve heard of cat burglars, but you never hear about dog burglars. You know why? Because they’re noisy!

A San Antonio, Texas man has been arrested after his dog made police aware of their presence.

Geraldo Daniel Reyna was hiding in some bushes with his Chihuahua after a break-in. It is unknown why he brought his dog with him, but while in the bushes, the dog began growling, which led police right to them.

The man’s target was a jukebox at a taco restaurant, where he made off with a paltry $104 before being captured. He was arrested, but it is unknown what will be the bigger punishment: jail time or having been given away by a little Chihuahua, who apparently is not this man’s best friend.