A missing ball python sent students at Dartmouth into a panic during the last week, but thanks to one dog’s sniffer, everyone’s fears have been laid to rest.

The three-foot-long snake named Lyude, belonging to a coed fraternity president, Connie Gong, escaped from its tank in Tabard House last week Thursday. She alerted campus safety, who got Hanover, NH police involved with the search. However, after days of hunting for the missing reptile, no one had seen it.

Pythons typically will seek warm, dark areas to hide in. Though they are not venemous and cannot do much damage to humans at only three feet long, they can pose a threat to small animals that they will see as prey.

On Tuesday evening, Tabard House manager Vicky Jean Moors was out walking her Jack Russell/Dachshund mix named Daisy when the snake was discovered. 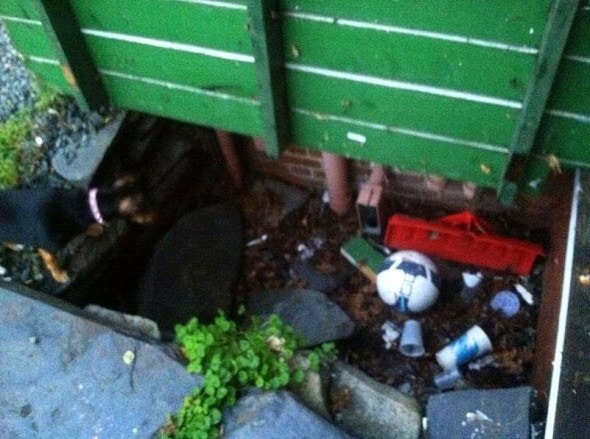 “I was walking back into the house, but Daisy was stuck sniffing this spot under a wood board where there is a hole for utilities and a bunch of rocks,” she said in a Facebook message. “We looked there (for the snake) Friday but it wasn’t there/we didn’t see it. She sometimes chases mice under it so I knew it was a perfect spot.

“And she was adamant so I lifted the wood panel. The snake was there and Daisy kept looking for a way to jump in. When Connie went to get the snake, Daisy was about to lunge in and I grabbed her and that’s the sound she started making (referring to a shaky video wherein Daisy is heard yipping about the snake) and didn’t stop for a couple minutes.”

Vicky is thrilled that her tiny dog was able to find the snake.

“Gawd,” Moors wrote. “I’m so happy she found it and everyone knows how great she is.”