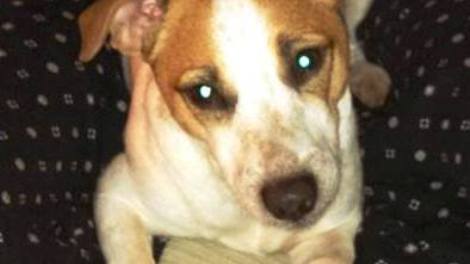 A Milwaukie, Oregon bus driver used some quick thinking to catch a Jack Russell terrier that had gotten loose and was running the streets.

TriMet bus driver Leanne Terhune was lumbering along Southeast 32nd Avenue when she saw the little dog trotting along, out of reach of her owner, Coral Cox.

Terhune has two dogs of her own, and thought of something that always seems to work on her dogs.

“I saw the fear in (Cox’s) face and I thought maybe I could go up and see if she (the dog) would get on the bus,” said Terhune. “Every time I open the car door at home, my dogs jump in wanting to go for a ride.”

She was able to pull up to the pup, named Sara Lee, a few blocks ahead, and tried to lure her onto the bus.

Sara Lee hopped in, and Cox was able to catch up.

“I got on and a passenger had a hold of my dog’s collar– what a relief,” explained Cox. “The bus driver that helped me rescues my dog…so very much appreciated.”

The narrow street didn’t allow Terhune to pull out of the way of traffic, but other drivers understood what was going on and didn’t seem to mind waiting for the dog to be rescued.

“After all,” the transit agency said in a statement. “Nobody doesn’t like Sara Lee.”