The world is a cruel place, but there still are hundreds of people willing to restore our faith in humanity. A bus driver in Bogotá, Colombia, did just that when he stopped his bus to pick up a dog that had been run over by another vehicle. He transported the pet to the nearest vet clinic and his actions saved the dog’s life. 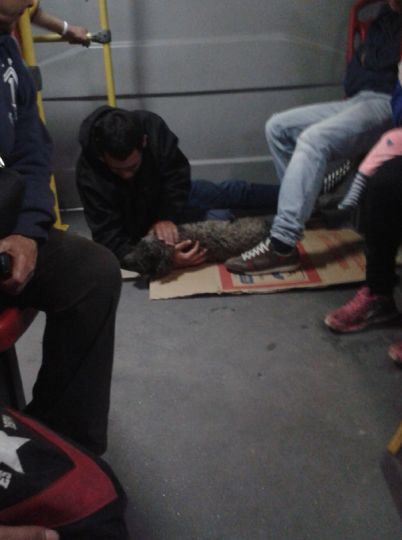 It was nighttime when the SITP bus driver noticed the injured pet in the middle of the road along his route. Without hesitating, the driver stopped, lowered the bus and used a piece of a box as a stretcher to pick up the dog. 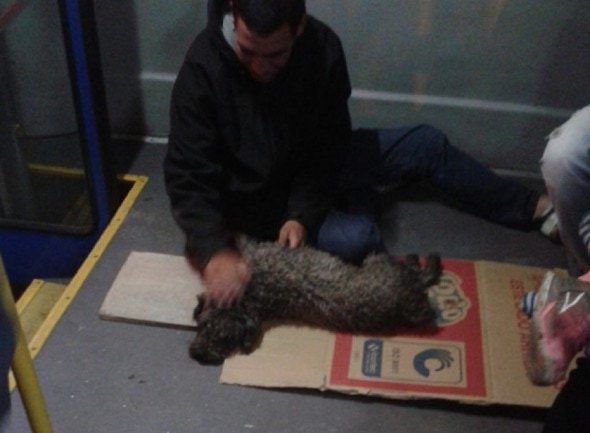 The driver then placed the dog inside the bus and passengers looked after the pet until he was dropped off at a vet clinic.  Thanks to this heroic bus driver, the dog is alive and well today.